Theme parks, hospitals, and schools are using virtual reality (VR) to bring the power of the great outdoors to people inside.

It is 300 miles to Great Smoky Mountain National Park, the closest national park to Aaron Seben’s school in Durham, NC. So when Seben, the school’s library and media specialist, wanted to teach the kids “how to interact with a natural place in a deeper way,” he called on WildEyes to bring the parks into the classroom. WildEyes produces VR nature experiences using virtual reality (VR) headsets, like Oculus Rift, or dome projection.

At the time, the Obama administration was rolling out “Every Kid in a Park,” a 2015 program where fourth graders earn free admission to national parks by completing a lesson about native people, citizen science, or stewardship. But Seben wanted to do more to push kids to get into the parks, so after the prescribed lesson, he showed them WildEyes’ immersive experience of Sequoia National Park and North Cascade National Park.

“It gave us an opportunity to bring Sequoia National Park into the library,” Seben says, adding that most of his students had never been to a national park. “One of the greatest powers of WildEyes is getting kids to appreciate the things around them — their state and city parks and natural spaces.”

For ages, poets and artists have known intuitively that nature provides a place of respite, beauty, and even healing. In The Yosemite, John Muir, the “Father of the National Parks,” said, “Everybody needs beauty as well as bread, places to play in and pray in, where nature may heal and give strength to body and soul.”

Recently, research supports that experiencing nature actually can improve your health. A study published in August showed that VR nature footage provided pain relief in a hospital setting. In the book Blue Mind, Dr. Wallace J. Nichols uses science to argue that when we are on, in, or near bodies of water, like rivers or lakes, our brain reacts in positive ways. It becomes more insightful, calm, and our mood is elevated. And now doctors recognize the healing power of nature. They are starting to write prescriptions for nature experiences to ease the burden of chronic disease and improve health, through a program called Park Rx America.

Dr. Jenny Roe, an environmental psychologist at the University of Virginia, studies the interactions between people and their environment, with a focus on places that actively improve our health. She calls them “restorative environments.”

It turns out, we need nature.

Doctors are starting to write prescriptions for nature experiences to ease the burden of chronic disease and improve health.

But can VR be a proxy for truly getting out into nature? Ando Shah, the co-founder of Ballast VR, a multi-sensory experience that combines snorkeling and VR, says it is more like a gateway drug than a substitute. He says that people who experience their VR nature programming are more likely to seek out real-world experiences afterward, which was precisely his goal.

After spending years as a hardware engineer in Silicon Valley, Shah felt unsatisfied. He wanted to use his skills for a good cause, so he took a job developing camera equipment and software for a project studying manta rays in Mozambique. Shah quickly had to get over his fear of the water and learn to scuba dive. On one dive, Shah lost his group — breaking the important “buddy system” rule in diving. The water was so milky he couldn’t see far, but he sensed that whales began to surround him.

“I started freaking out… and at this point, all of the whales began singing,” he says, “My entire body is vibrating with whale song.”

That was when Shah came up with the idea for Ballast VR. Now people can swim with the whales virtually, while snorkeling in the safety of a swimming pool at water parks in Europe and the U.S. — essentially recreating the sensory experience he had in that life-changing moment with the whales.

“With VR, when you have an experience that you connect to, it’s sort of magical because it’s not like watching a video or looking at a photograph. It’s more like you are there, and you actually build memories of having been there,” he says.

Shah adds that many people, after experiencing Ballast VR, say they want to have a real-world ocean experience. He believes that they are forming a deep neural connection to the VR nature experience, which could lead to greater empathy for a changing ocean due to climate change.

Derek Rowe, WildEyes creator agrees. While technology like social media, smartphones, etc., tends to distract us from our environment, Rowe says that, when used correctly, tech can draw people closer to nature. And, according to him, it is working.

“I use immersive media to reconnect people to the natural world, by piggy-backing on their large respect for technology to give them a nature experience,” he says. WildEyes began as a cross-country bus tour to film all the national parks with 360-degree cameras and provide a VR nature experience to school children.

“When you tie their expanding worldview in with stewardship and conservation, the kids want to take care of the place and make sure it is there for the future.”

Since then, it has expanded to include Bug VR, where viewers get “shrunk” down to the size of a bug, and a dome projection Georgia O’Keeffe exhibit that allows people to stand in the locations where O’Keeffe painted her famous desert landscapes. But despite the impressive technology and creative feats, Rowe measures his success by how many people go on to become real-world nature lovers.

Rowe recalls one parent asking him what he showed their son on the VR headsets. She was surprised by how much it impacted her son. She told Rowe, “We were planning to go to Disney World for spring break, but now we are going to a national park.”

Back in Durham’s Central Park school library, Seben’s students put on their VR headsets. They see the Moro Rock stairway at Sequoia National Park. They ooooh over the moss dripping off trees in North Cascades. The students couldn’t fathom how tall the trees were. They didn’t know there was a place in the world, much less in our country, that looked like that.

“When you tie their expanding worldview in with stewardship and conservation, the kids want to take care of the place and make sure it is there for the future,” Seben says. “I think VR sets up opportunities for kids to connect to those places.” 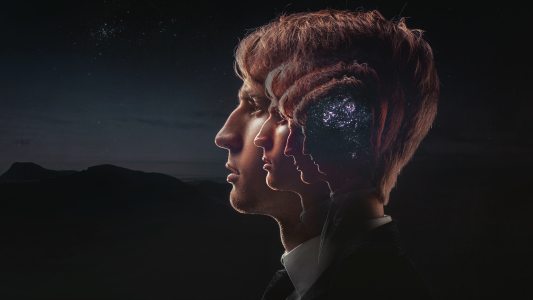 Researchers are taking the first measurements of neurotransmitters in active human brains, using computational psychiatry to understand how the mind works.

Neuroscience
Diving deep into the brain to measure neurotransmitters
Subscribe to Freethink for more great stories
Subscription Center
Challenges
Video
Freethink
Subscribe
We focus on solutions: the smartest people, the biggest ideas, and the most ground breaking technology shaping our future.
Subscribe