In recent years, the use of solar power has surged in Afghanistan, giving farmers a way to cheaply power the water pumps they need to irrigate their land.

Some are using this to grow food, and others are growing a lot of opium.

Opium poppies, which produce the substance used to make heroin, thrive in warm, dry climates and don’t require much irrigation. In Afghanistan — one of the poorest countries in the world — poppies can earn farmers three times as much as other plants and have thus been a popular crop for generations.

To get the water they need for their crops — opium or otherwise — many Afghan farmers drill wells and then pump groundwater using water pumps powered by diesel generators.

But diesel is not only costly, it’s also often low quality, causing the equipment to regularly break down.

“That’s a huge problem for farmers,” David Mansfield, a researcher who has been studying Afghanistan’s opium industry for more than 20 years, told BBC News.

To get around it, Afghan farmers began installing solar panels to power their water pumps in 2013.

That transition cost them about $5,000, Mansfield wrote in a 2019 report, but it saved them from having to spend money on diesel fuel and repairs, which he estimated cost about $1,000 per year.

And once the solar panels were in place, he says, water became a lot cheaper.

That enabled Afghan farmers to cultivate more and more land, and opium production soared. According to United Nations reports, Afghanistan went from producing 3,700 tons of opium in 2012 to 9,000 tons in 2017 — the highest yield on record.

The price then crashed, possibly due to the glut in supply, and overall production fell to 6,400 tons in 2019 — but it continued to increase in places with large investments in solar technology.

Since 2013, the number of solar panels on Afghan farms has doubled annually, but the cost still makes them prohibitive for many farmers — even those that grow opium might earn just $3,000 from a year’s harvest.

But when Afghan farmer Abdul Azim dug a new well and installed solar panels to power a water pump on his farm in 2016, he only had to pay 25% of the $10,000 cost — the World Bank’s National Horticulture and Livestock Project (NHLP) covered the rest.

Launched in 2013, the program has helped bring modern agriculture practices and new technologies to Afghanistan, and it’s already worked with more than half a million farmers like Azim.

“Before the solar pump, most of my farmland lay barren. I did not even have vegetables on my table regularly,” he said in 2017. “But in these six months, I not only have vegetables, I have enough to give to my neighbors too.”

That’s obviously a life-changing development for Azim, and his situation is not rare — one in three Afghanis suffers from food insecurity — but some argue that groundwater wells shouldn’t be used for irrigation at all, regardless of how the pumps are powered.

Before the solar pump, most of my farmland lay barren.

“Groundwater is for drinking, not for farming,” Muhammad Wali, the water manager of Afghanistan’s Panjwai district, told the Economist, adding that he was certain that drilling was lowering the water table.

If the groundwater in a region is exhausted, it won’t just affect small family farms like Azim’s or large ones growing fields of opium poppies — it’ll affect everyone, potentially forcing people to migrate to places where water is more abundant (or better managed).

It’s still too early to know how this will play out, but if Afghan farmers don’t find a better way to manage the groundwater — or an alternative form of income — the solar power that’s helping them overcome one problem could be leading to another. 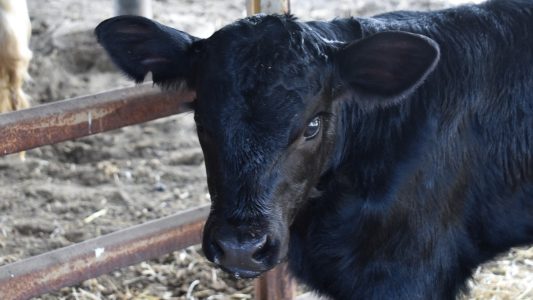