After years of fighting right to repair efforts, Apple has announced a new “Self Service Repair” program that will give customers access to parts and tools for DIY repairs.

The challenge: Up until now, Apple has worked hard to keep its parts and repair manuals out of the hands of customers, arguing that DIY repairs would compromise customer security, lead to injuries, and more.

That’s left users with little choice but to take broken devices directly to Apple or Apple-authorized third-party technicians for repairs.

Because those repairs could be expensive, users often opt to buy new devices rather than repair old ones. That may be good for Apple’s bottom line, but not consumers’, and those discarded devices contribute to the world’s growing e-waste problem.

Right to repair: Supporters of the right to repair movement argue that companies like Apple shouldn’t restrict who can repair owners’ devices.

The U.S. government has also been increasingly supportive of that position — in July, President Biden signed an executive order pressuring tech companies to support their customers’ right to repair.

Apple now seems to be giving to pressure — at least a little.

Its new “Self Service Repair” program will make 200 parts and tools needed for common iPhone 12 and 13 repairs, such as battery or display replacements, available to U.S. customers in early 2022. Later that year, the program will expand to other locations and add parts and tools for Mac computers featuring M1 chips.

How it works: To repair a device, customers will place an order for the necessary parts and tools via the Apple Self Service Repair Online Store. Any used parts sent to Apple for recycling will earn them a credit toward their purchase.

“In the past three years, Apple has nearly doubled the number of service locations with access to Apple genuine parts, tools, and training,” he continued, “and now we’re providing an option for those who wish to complete their own repairs.”

The cold water: It’s not clear yet how many customers will actually feel comfortable taking advantage of the program — while we’re seeing more startups design laptops and phones with clearly labeled, easy-to-remove parts, that’s not the case for many mainstream devices, Apple’s included.

“Self Service Repair is intended for individual technicians with the knowledge and experience to repair electronic devices,” Apple wrote in the announcement. “For the vast majority of customers, visiting a professional repair provider with certified technicians who use genuine Apple parts is the safest and most reliable way to get a repair.”

The big picture: Caveats aside, Apple’s new program is still a win for the right to repair movement, which extends beyond smartphones and laptops to include everything from farm equipment to medical devices to ice cream machines.

“This is a huge milestone for the right to repair,” Nathan Proctor, head of the USPIRG’s Right to Repair Campaign, told Motherboard. “One of the most visible opponents to repair access is reversing course.”

“After years of industry lobbyists telling lawmakers that sharing access to parts, service tools, and manuals would result in safety, security, and intellectual property risks, Apple’s sudden change indicates these concerns were overblown,” he added. “Right to repair is breaking through.” 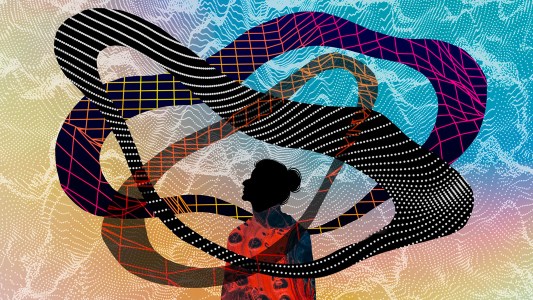 The idea of the metaverse has gone from the realm of science fiction to the latest business model of major companies from Facebook to Nike.

Blockchain
Fashion, art, and games: here’s what a decentralized metaverse could mean
Subscribe to Freethink for more great stories
Subscription Center
Sections
Video
Freethink
Subscribe
We focus on solutions: the smartest people, the biggest ideas, and the most ground breaking technology shaping our future.
Subscribe