Most harvest this fuel through photosynthesis, using solar energy to convert water and carbon dioxide into chemical energy useful for life.

Now, researchers are homing in on an artificial photosynthesis device that could let us do the same trick, turning sunlight and water into clean-burning hydrogen fuel for our cars, homes, and more.

What Is Artificial Photosynthesis?

Solar cells already let us convert sunlight into electricity. Artificial photosynthesis devices, however, use sunlight to turn water or carbon dioxide into liquid fuels, such as hydrogen or ethanol.

These can be stored more easily than electricity and used in different ways, allowing them to substitute for fossil fuels like oil and gas.

Scientists have been considering the potential of artificial photosynthesis for more than a century, and in the 1980s, one group demoed a device that used sunlight to split water into hydrogen and oxygen.

Since then, many others have demonstrated their own artificial photosynthesis devices, but none have been suitable for mass production.

That’s usually because the materials in them have to choose between being either very durable or very efficient at capturing sunlight — but we need both.

From Solar to Hydrogen

In 2018, a team led by McGill University researcher Zetian Mi unveiled a promising artificial photosynthesis device that could turn fresh or saltwater into hydrogen with about 3% stable solar-to-hydrogen efficiency — the previous record was just over 1%.

It was a big advance, but it still wasn’t efficient enough for commercialization — that threshold is 5%, according to the U.S. Department of Energy.

Mi, now at the University of Michigan, teamed up with Lawrence Berkeley National Laboratory to watch the process unfold with several advanced imaging techniques, trying to discover where the extra 2% efficiency was coming from.

This will help us design and build more efficient artificial photosynthesis devices at a lower cost.

Based on the imaging, it appears that one of the materials in the device — a cheap semiconductor called gallium nitride — absorbs some of the oxygen that is being produced from the water. That oxygen creates more sites on the gallium nitride for hydrogen production.

The researchers now plan to use this information to design an even more efficient artificial photosynthesis device; their ultimate goal is 20% to 30% efficiency, far higher than the 5% minimum needed for commercialization.

“The collaboration helped to identify the fundamental mechanisms behind why this material gets more robust and efficient instead of degrading,” Mi said. “The findings from this work will help us design and build more efficient artificial photosynthesis devices at a lower cost.” 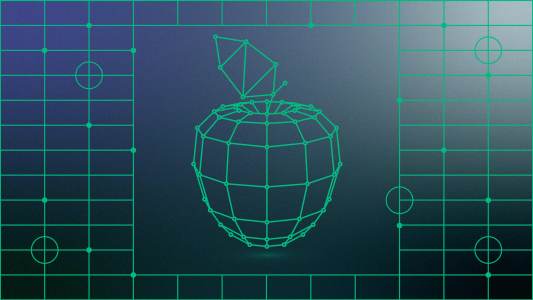 Food waste makes up nearly a quarter of landfill material. A new startup aims to change that by automating the process of trucking produce with artificial intelligence.