Tetris-like autonomous boats have a mind of their own. These shape-shifting, floating platforms could come together to build bridges, taxi people across a river, or create a party platform.

The idea builds on the overland travel technique of “platooning,” where a human-driven car leads a caravan of following robocars. But unlike land vehicles, vessels on the water aren’t restricted by narrow roads — so platooning can flex from a single chain of ships to several Tetris-like geometric shapes.

“You could create on demand whatever is needed to shift human activities to the water,” roboticist Daniela Rus told IEEE Spectrum. Rus is the director at MIT’s Computer Science and Artificial Intelligence Laboratory (CSAIL).

You could create on demand whatever is needed to shift human activities to the water.

Five years ago, CSAIL launched a project to explore autonomous boats with “Roboat I.” Today, Roboat II is being tested on Boston’s Charles River and the canals of Amsterdam. Roboat II successfully navigated Amsterdam’s canals for three hours, returning to its origin within seven inches.

The vessel is a two-meter-long floating platform — a bit smaller than an elevator —  that drives itself and can carry passengers around the cities’ waterways. Multiple boats working together could create bridges or floating platforms by connecting the flotilla together.

The team recently revealed the latest iteration of Roboat, calling it “Covid-friendly” because an entire fleet could maintain social distancing between passengers — each person or couple having their own platform.

Much like Uber or Lyft, Roboat II’s software can generate an optimal route to pick up a person, assign it to the nearest boat, and use LiDAR and GPS sensors to evade obstacles in its way.

“Roboat II navigates autonomously using algorithms similar to those used by self-driving cars, but now adapted for water,” Rus said. “We’re developing fleets of Roboats that can deliver people and goods, and connect with other Roboats to form a range of autonomous platforms to enable water activities.”

As useful as driverless water taxis are, that last part, about robot boats flocking together into platforms, may unlock truly unique opportunities.

Wei Wang, Rus’s collaborator, led a separate team to design a way for the autonomous boats to coordinate. He imagines the fleet boats like a colony of ants, where the all-knowing queen leads the rest of the ants to the destination. The fleet’s collective behavior, like a flock of birds or fireflies, comes from the robots interacting with each other and their environment.

“In order to be really accurate and to get situational awareness you have to put a rich set of sensors on every single node in the system — every single boat,” Rus told IEEE Spectrum. “With the leader-follower arrangement you don’t have to have that. If you have a large swarm of vehicles, do they all need to be endowed with all the sensors?”

The team next wants to use machine learning to estimate the robot’s parameters. And they hope to explore adaptive controllers that let the combined, Tetris-like platform be dynamically changed as items get loaded onto it.

Eventually, the autonomous boats have to leave the protected canal waters and hit the high seas to see how they fare in unpredictable tides and currents. 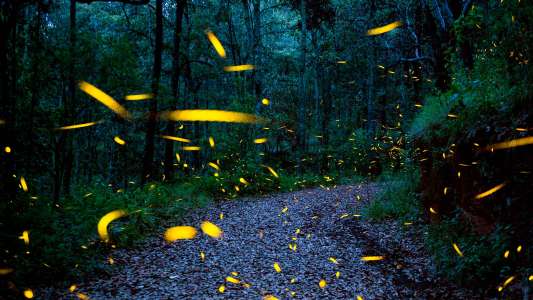