Name a scientific breakthrough made in the last 50 years, and a computer probably played a role in it. Now, consider what sorts of breakthroughs may be possible with quantum computers.

These next-gen systems harness the weird physics of the subatomic world to complete computations far faster than classical computers, and that processing power promises to revolutionize everything from finance and healthcare to energy and aerospace.

But today’s quantum computers are complex, expensive devices, not unlike those first gigantic modern computers — a person can’t exactly pop down to an electronics retailer to pick one up (not yet, anyways).

However, there is a way for us to get a taste of that future, today: cloud-based quantum computing.

What Is Cloud Computing?

Today, there are countless cloud computing service providers, but a few of the biggest are Amazon Web Services (AWS), Microsoft Azure, and Google Cloud.

Amazon, Microsoft, and Google are massive companies, and their computing resources are equally expansive — AWS alone offers more than 175 cloud computing services, supported by more than 100 data centers across the globe.

A person might never be able to buy the resources those companies own, but through cloud computing, they can essentially rent them, only paying for what they actually use.

A scientist, for example, could pay AWS for 10 hours of access to one of the company’s powerful virtual computers to run an experiment, rather than spending far more money to buy a comparable system.

That’s just one use, though, and there are countless real-world examples of people using cloud computing services. The shows you watch on Netflix? The company stores them in a database in the cloud. The emails in your Gmail inbox? They’re in the cloud, too.

Cloud-based quantum computing combines the benefits of the cloud with the next generation of computers.

Since then, IBM has expanded its cloud-based quantum computing offerings and other companies, including Amazon, have developed and launched their own services.

In 2019, Microsoft announced one such service, Azure Quantum, which includes access to quantum algorithms, hardware, and software. It made that service available to a small number of partners during a limited preview in May 2020.

“Azure Quantum enables every developer, every person, every enterprise to really tap in and succeed in their businesses and their endeavors with quantum solutions,” Krysta Svore, the GM of Microsoft Quantum, said in 2019. “And that’s incredibly powerful.”

Now, Microsoft has expanded its Azure Quantum preview to the public, giving anyone with the funds access to the cutting-edge quantum resources.

Researchers at Case Western Reserve University have already used Microsoft’s cloud-based quantum computing service to develop a way to improve the quality and speed of MRI scans for cancer.

Ford, meanwhile, is using it to try to solve the problem of traffic congestion.

Now that anyone can use the services, we could be seeing far more projects like these in the near future — rather than years from now when quantum systems are (maybe) as accessible as classical computers are today. 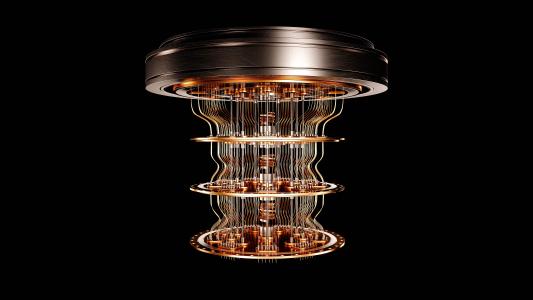 Quantum computing is the holy grail of computer science. Here’s everything you need to know about how it works — and why it will be world-changing.