Update, 1/07/22, 4:00 p.m. ET: On January 4, one of the drones developed at Karolinska University delivered a defibrillator to the home of a man experiencing cardiac arrest. The man’s neighbor Mustafa Ali then used the device on him prior to an ambulance arriving on the scene.

“The man had no pulse, so I started doing CPR while asking another bystander to call 112 (the Swedish emergency number),” Ali said. “Just minutes later, I saw something flying above my head. It was a drone with a defibrillator!”

“I can’t put into words how thankful I am to this new technology and the speedy delivery of the defibrillator,” the patient, who made a full recovery, said. “If it wasn’t for the drone I probably wouldn’t be here.”

“This is … the starting point for the use of drones in emergency medicine worldwide,” study author Sofia Schierbeck of Karolinska University Hospital said in a press release.

Heart-starting tech: Cardiac arrest occurs when the heart suddenly stops beating due to an electrical malfunction. This immediately cuts off blood flow to the brain and other vital organs, and if the heart doesn’t start back up within three minutes, brain damage can occur.

After nine minutes, the damage is likely to be severe and irreversible.

Chest compressions can keep blood flowing after cardiac arrest, reducing the risk of brain damage, but the heart is unlikely to start beating regularly again without an electric shock, usually delivered by a device called an automated external defibrillator (AED).

The challenge: Every year, more than 350,000 cardiac arrests occur outside of hospitals in the U.S. Less than 10% of victims survive the event, but quick defibrillation can increase the survival rate to more than 50%.

Some workplaces have easy-to-use portable AEDs onsite, but most cardiac arrests occur in the home, where the devices are far less common. That means even if there is someone else home when a person goes into cardiac arrest, they likely don’t have access to the equipment.

Instead, the victim has to wait for EMTs to arrive with an AED, and in the U.S., the average response time for ambulances is eight minutes. In rural areas, it’s 14 minutes — and sometimes, people have to wait up to 30.

“Emergency medical service response times are getting longer and people rarely have an AED at home,” Schierbeck said. “We believe that novel ways to provide AEDs are needed to increase the chance of survival in these patients.”

If the heart doesn’t start back up within three minutes, brain damage can occur.

For the study, three drone ambulances were set up at locations near Gothenburg Airport. When Sweden’s emergency response line got word of a suspected cardiac arrest in the area, it notified the Swedish researchers’ drone pilot.

After getting the go-ahead from the airport’s traffic controllers, the pilot sent the nearest drone on its way. When it arrived at the emergency location, it lowered an AED — which beeped to signal to those below that it had arrived — from an altitude of about 100 feet.

The results:  A drone was deployed to an emergency 12 times, and in 7 of those cases it arrived to help the patient before the traditional ambulance, showing up between 1:35 and 4:54 minutes sooner.

“Unlike previous simulation studies, this was the first study to deploy drones with AEDs in real-life emergencies,” Schierbeck said.

“We have developed a system using AED-drone systems placed in remotely surveilled hangars, fully integrated with the emergency medical service, dispatch centre, and aviation control,” she continued. “Our study shows that it is not only possible but can be quicker than an ambulance.”

Looking ahead: The drone ambulances did have their limitations — they couldn’t be deployed for nearly 40 suspected cardiac arrest calls during the study period due to inclement weather, no-fly zones, or other limiting factors.

Still, drone tech is only likely to become more robust, and as the devices become more integrated into our airspaces, the number of places drones can’t fly should decrease.

“Drone delivery of AEDs could be common practice in the coming years,” Schierbeck said.

“It could also be expanded to other medical scenarios in the very near future,” she continued, “such as delivery of epinephrine to patients with anaphylactic shock or delivery of glucose to diabetic patients with low blood sugar.” 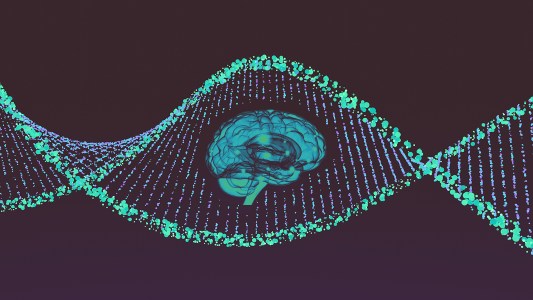 Neuroscience
Brain-wide gene editing may one day treat Alzheimer’s
By B. David Zarley
Subscribe to Freethink for more great stories
Subscription Center
Sections
Video
Freethink
Subscribe
We focus on solutions: the smartest people, the biggest ideas, and the most ground breaking technology shaping our future.
Subscribe