The challenge: Agriculture accounts for about 10% of U.S. greenhouse gas emissions, and its emissions are expected to increase in the future, as the population grows and we need to feed more people. It’s also one of the hardest sectors to decarbonize.

A May 2020 McKinsey report analyzing 25 ways to reduce agricultural emissions found that replacing fossil fuel-powered farm equipment with zero-emissions alternatives would have the biggest impact.

Just one problem: “Although market leaders have piloted proofs-of-concept and prototype equipment and machinery, no notable commercial launches have taken place,” the research firm wrote.

The idea: In December 2020, California-based startup Monarch Tractor announced the creation of a smart electric tractor that could also operate without a driver. This meant the vehicle could help address the agriculture industry’s worker shortage while also tackling its emissions problem.

“The Monarch Tractor’s autonomous features take it from just an environmental sustainability idea to a really higher productivity implement,” Jim Hoffmann, the owner of Hopville Farms, said in a press release at the time.

“There are a lot of ‘must do’ things on the farm that you would like to see done autonomously and not dedicating people to having them do … this tractor can do it more efficiently,” he continued.

Monarch will scale up production from two tractors a day to about 16 by the fall of 2023.

What’s new: Hopville Farms was one of 15 farms selected to pilot test Monarch’s $58,000 electric tractor in 2021 before the company began delivering production units in the last few months of the year.

Now, the startup has announced that it’s raised $61 million to scale up production from the current 2 tractors a day to about 16 by the fall of 2023. The investment will also allow the company to expand distribution into Asia, Europe, and South America.

The big picture: About two million tractors of all different sizes and capabilities are sold every year, so Monarch’s electric tractor alone has no chance of fully electrifying global agriculture.

But the self-driving capabilities of Monarch’s electric tractor may be the feature that really sells farmers on the more environmentally friendly option, as farms face the crunch of fewer workers. 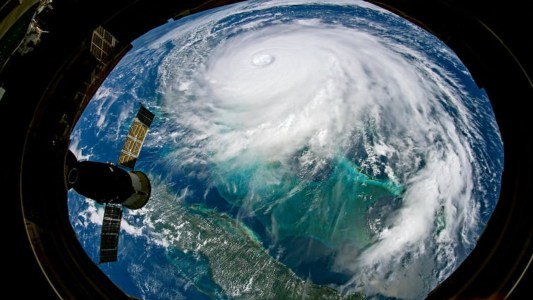 Climate Crisis
The science of climate change in 6 charts
Subscribe to Freethink for more great stories
Subscription Center
Sections
Video
Freethink
Subscribe
We focus on solutions: the smartest people, the biggest ideas, and the most ground breaking technology shaping our future.
Subscribe