A German startup wants you to start renting your tech devices rather than buying them. Not only could this subscription-based model ensure you always have the latest devices, it could also help address the world’s massive electronic waste problem.

The challenge: The companies that make computers, smartphones, and other gadgets are constantly releasing upgraded versions of the devices, and many people are quick to toss aside their old tech in favor of the latest iteration.

Those immune to the allure of the novel, meanwhile, might find themselves with little choice but to upgrade if their devices are damaged — many consumer electronics are designed so that buyers can’t make their own repairs, and paying for fixes can be expensive.

Lots of it ends up on the second-hand market, but ultimately, all of this discarded tech adds up. In 2019, the world produced about 59 million tons of electronic waste, and less than 18% of it was recycled — the rest was likely burned or dumped in landfills, harming the environment either way.

“Consumers can go into it knowing they’re going to upgrade to a later version as they come out.”

The idea: To meet people’s desire for new gadgets while minimizing electronic waste, German startup Grover is selling subscriptions to laptops, smartphones, and other tech devices.

“Consumers can go into it knowing they’re going to upgrade to a later version as they come out, and they’re not going to start collecting a bunch of hardware and devices that will ultimately be disposed of and contribute to e-waste,” Andrew Draft, Grover’s U.S. general manager, told PYMNTS.com.

How it works: Grover’s website lists hundreds of items that users can choose to rent for a month or more, with the per-month cost dropping the longer they commit to keeping the product.

After a rental period ends, the user can either return the item for free, choose to extend the subscription, or buy the item outright.

All of the gadgets are delivered in new or like-new condition, and Grover refurbishes returned items before relisting them on the website. If a returned product is damaged, the startup covers 90% of the repair cost.

Less than 18% of electronics might end up recycled when the decision is left to their owners, but Grover recycles every item that’s become too outdated or damaged to rent out — ensuring the devices don’t end up harming the environment.

A new market: Since launching in Europe, Grover estimates that it has avoided 1,500 tons of electronic waste. Now, the service is expanding to the U.S., where it hopes to continue extending the life of products that might otherwise end up languishing in landfills or desk drawers.

“[U.S.] consumers will — it is our hope and belief — want to take advantage of this alternative to conventional ways of consuming technology,” Draft said. 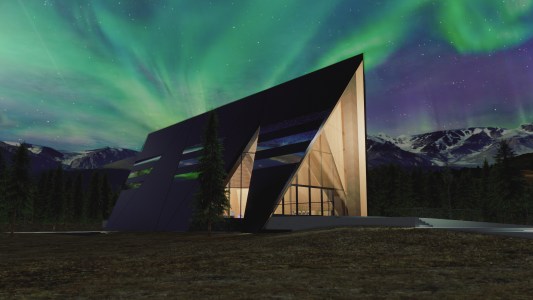 The future of the nuclear industry lies in developing cheaper and more nimble reactors.