Since the spring of 2020, we’ve had to adjust to the reality of remote meetings. For the most part, that’s meant upping our Zoom diet, but now Facebook is hoping that we’re ready to host our upcoming meetings in the metaverse.

This week, the social media giant launched Horizon Workrooms, a virtual collaboration app. It works via the web and through the Oculus Quest 2 headset — but it’s optimized for VR users, who, upon donning the headset, appear in the virtual meeting space as a cartoon avatar, along with the avatars of other VR attendees.

The point is to be able to gather in a way that better captures the experience of a meeting in the physical world.

“The tools we currently have serve people to a certain degree, but we’ve lost the ability to be creative and connected, a gap we believe Workrooms can bridge,” wrote Andrew “Boz” Bosworth, the head of Facebook Reality Labs.

In Workrooms, which is free for Quest 2 owners, participants can use interactive virtual whiteboards to write, draw, project videos and slideshows, and otherwise express their ideas.

They can interact with their bare hands through hand tracking on the headset, or using Quest 2 controllers, which offers some added functionality like using the bottom of the controller as a tablet pen.

Carrying the vision of bringing work into the metaverse, Workrooms allows participants to bring their PC or Mac desktops into the virtual space — meaning that even while wearing the headset, you see and can work on your computer through a virtual copy of the screen in front of you (streamed from your actual computer through a companion app).

Likewise, keyboards are tracked so that the physical version on your desk matches what you see in virtual space, but this capability only exists among a handful of select keyboards including Macbook keyboards, the Apple Magic keyboard, and the Logitech K830. Facebook said they plan to add support for others in the future.

Currently, the app can support up to 16 VR users and 50 web users in one workroom. Web users can access the spaces via their webcam rather than participating as avatars. They appear as hovering video screens around the table.

The launch of Workrooms follows Mark Zuckerberg’s announcement that Facebook is becoming a metaverse company. In a Workrooms press conference, Bosworth elaborated on how this product fits into the company’s broader vision.

“[Horizon Workrooms has] a hint about the direction the metaverse is headed,” Bosworth said. “You’ve got avatars and you’ve got identity that is continuous and you can take it with you … A metaverse describes a persistent digital place that can be accessed by all sorts of devices. It only really becomes a metaverse when it crosses platform boundaries.”

Workrooms joins a batch of other companies pursuing the dream of virtual work — notable among them Spatial, which launched its 4.0 version earlier this year. Apple is also angling toward the virtual future of work, having acquired the VR startup Spaces in August 2020.

Instructions on how to set up individual Workrooms can be found on the official Oculus blog post. 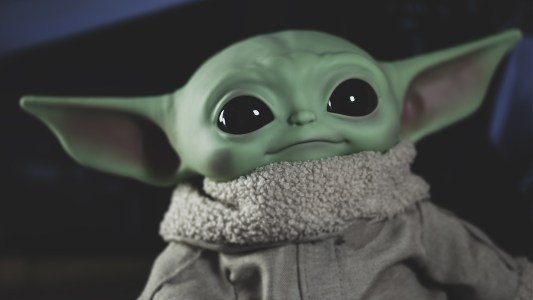 From AI to AR to live video shopping: these are the 8 companies selected for the Disney’s yearly accelerator program.