Last week, Facebook made an announcement with big implications for the future of augmented reality (AR). Oddly, the announcement had nothing to do with Project Aria, the AR headset that the company announced in fall 2020.

Instead, it pertained to its latest virtual reality headset, the Oculus Quest 2 — the most popular VR headset on the market.

The announcement: An upcoming update for Quest will allow developers to access its Passthrough feature, “a way to build and test apps and seamlessly blend the real and virtual worlds.”

The difference between AR and VR: In conventional VR, like Oculus Quest 2, users who don the headset are immersed in a full virtual world, blocking out the entire real-world environment.

AR, on the other hand, involves integrating virtual content into the user’s view of the physical world (kind of like how Pokemon Go uses your smartphone camera to display objects in real space).

Now, with one stroke, Facebook’s software update has upgraded all of its Quest 2 VR headsets to have AR capabilities, too.

But how? The Quest 2 actually has a bunch of outward-facing cameras on the headset to help orient users in their physical space (and help them avoid crashing into walls). The Passthrough feature uses those cameras to display an immersive view of the user’s surrounding environment inside the headset.

But, until now, app creators couldn’t build anything with Passthrough.

By allowing content creators to access this feature, Facebook VP of AR/VR Andrew Bosworth hopes the move will be “an important step in unlocking the next generation of immersive experiences.”

This blending of realities allows users to imbue their physical environment with properties of virtual environments—in other words: augmented reality.

Cold water: The view of the physical world through the Quest 2 is still fairly low-resolution, and currently only depicted in black-and-white. Unlike AR headsets, such as the Microsoft HoloLens 2, the Quest 2 is not specifically designed for AR, and therefore is much more limited in where and how it can be used.

But still: People have been dreaming of the possibilities for AR interfaces for decades. Many current-generation AR headsets are prohibitively expensive ($2,000+) and have failed to live up to the immense hype.

The Quest 2, which retails at $299 and doesn’t require a connection to a PC or gaming console, is now by far the most accessible device where AR capabilities are possible.

The Varjo XR-3 headset began shipping earlier this year, but the respective headsets are aimed at two completely different markets. As a high-end enterprise device, the minimum cost of the XR-3 is $6,990.

Work and Play: Imagine being able to instantly change the color of any surface in your room — or apply a filter for everything in your view. Or draw all over your space in 3D. These are just a few of the creative applications that Facebook has depicted in its Passthrough API announcement.

It could also fit in with remote workers, allowing them to fill their space with virtual monitors while still being able to see their desk and keyboard. Virtual meetings could also be done immersively — letting you see avatars of your coworkers situated in your physical environment.

Until now, these possibilities have been purely hypothetical for most people. Now that developers can start building these experiences on a more accessible headset, far more of us will be able to get a taste of the blended physical-virtual metaverse — which is fast becoming reality. 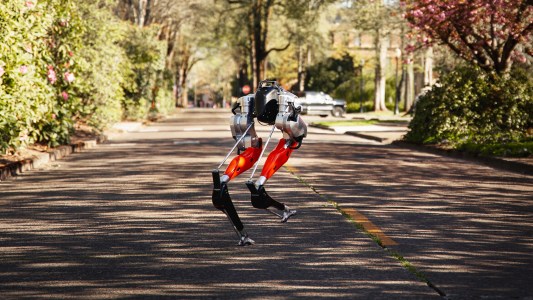