A brewery in the Netherlands is taking a chance on a fringe source of clean energy: iron powder.

Two years after researchers and students at the Eindhoven University of Technology (EU Tech) unveiled a system for converting iron powder into clean energy, Swinkels Family Brewers agreed to have the tech installed at its Brewery Bavaria.

“We are enormously proud to be the first company to test this new fuel on an industrial scale in order to help accelerate the energy transition,” Swinkels CEO Peer Swinkels said in a press release.

The need to transition away from fossil fuels is well known, but just what we should transition to is less clear — every option has shortcomings. Nuclear struggles with cost, renewables with reliability, hydro with ecological damage.

But iron powder may be a dark horse in the race to replace fossil fuels.

Iron is plentiful on Earth, and, just like oil or gas, you can burn it to release energy. Unlike fossil fuels, the only byproduct from that reaction is rust, not climate-warming carbon dioxide.

Plus, if you apply electricity to rust, it turns back into iron powder. Make that electricity with solar, wind, or other renewables, and iron powder becomes a completely carbon-free and recyclable fuel source.

As for why iron powder is potentially better than just using renewables in the first place, the energy in iron is available day or night, whether the wind is blowing or not. It is possible to store energy from renewables in batteries, but those can be expensive and require a lot of room.

Hydrogen is another clean, on-demand fuel you can make using renewables, but it is expensive to extract and difficult to store and transport. Iron powder is cheaper, easier to transport, and simpler to store.

Iron powder may have advantages over other sources of clean energy, but it’s still not as cheap as fossil fuels — in 2018, the researchers estimated that, on an industrial scale, iron fuel could cost twice as much — not to mention the fact that the infrastructure for fossil fuels is already built.

To use iron fuel on any significant scale, the world would need to greatly increase the production and supply of it, but that’s not an insurmountable obstacle.

Our ambition is to convert the first coal-fired power plants into iron fuel plants by 2030.

“There are now about ten suppliers worldwide,” EU Tech’s Philip de Goey said in March. “With the current supply, you could now convert ten coal-fired power stations and supply them with iron powder. But if market demand increases, then the supply will be there.”

Iron powder would never make sense for powering cars or planes due to its weight, either, so it wouldn’t be able to meet all of the world’s energy needs.

For now, Swinkels Family Brewers is giving the world a chance to see what iron powder can do on an industrial scale — and plans for even larger installations are already in the works.

“There’s already a follow-up project which aims to realize a 1-MW system in which we also work on the technical improvement of the system,” TU Eindhoven researcher Chan Botter said.

“We’re also making plans for a 10-MW system that should be ready in 2024,” he continued. “Our ambition is to convert the first coal-fired power plants into sustainable iron fuel plants by 2030.” 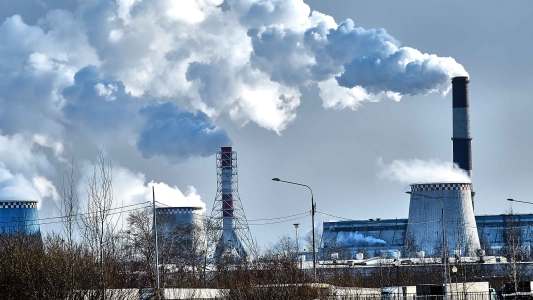 Carbon capture technology is here, but how do we make it feasible?

Climate Crisis
This Canadian startup wants to make our buildings out of CO2
Subscribe to Freethink for more great stories
Subscription Center
Sections
Video
Freethink
Subscribe
We focus on solutions: the smartest people, the biggest ideas, and the most ground breaking technology shaping our future.
Subscribe