Humans and wood go way back — we’ve been building shelters out of it for more than 10,000 years and burning it for fuel for even longer.

Historically, that wood has all come from the same place — a plant — but researchers at MIT think it’s time for us to tap a new source: petri dishes.

The MIT team believes it’s possible to grow wood from plant cells in the lab, similar to how some scientists are growing meat from animal cells.

They’ve already demonstrated a technique that could pave the way to this lab-grown wood, and if they can fully develop the process (a big “if”), it could revolutionize the lumber industry.

“The way we get these materials hasn’t changed in centuries and is very inefficient,” researcher Luis Fernando Velásquez-García told MIT News. “This is a real chance to bypass all that inefficiency.”

Before a two-by-four makes its way into your local building supply store, someone had to grow a tree, cut it down, transport it to a sawmill, chop it up, and then transport it again.

While exact figures are hard to come by, a 2019 study estimated that logging is actually one of the top sources of carbon emissions in the world.

Some of these emissions come from the machinery used during the process, but the trees and roots release some carbon dioxide once they’re cut down, too — as long as they’re alive, that all remains sequestered in the plant.

Aside from harming the environment, traditional logging isn’t very efficient — the limbs and leaves of felled trees often end up in “slash piles” that are simply burnt or left behind to rot.

Lab-grown wood could help overcome these problems, while bringing some additional benefits to the lumber industry.

At the granular level, wood is made of three chemicals: cellulose, hemicelluloses, and lignin.

Lignin is what gives wood its most important characteristic for building — firmness — so that was the focus of the MIT group’s study, which has been published in the Journal of Cleaner Production.

To create the lab-grown wood, live cells are extracted from the leaves of a zinnia plant and placed into a liquid that encourages them to grow and multiply.

If you want a table, then you should just grow a table.

Then the cells are moved to a gel laced with two hormones. By adjusting the levels of those hormones, the researchers could control the production of lignin in the cells.

“Plant cells are similar to stem cells in the sense that they can become anything if they are induced to,” Velásquez-García said.

When the MIT researchers studied the cells under a microscope, they could see that they had formed a rigid, wood-like structure using the gel as a scaffold.

This demonstrates not only the possibility of creating lab-grown wood, but also the potential to grow it in whatever form we want — we’d just need to use a scaffold in the desired shape.

“If you want a table, then you should just grow a table,” Velásquez-García said.

This is a promising baby step toward the creation of lab-grown wood, but there is a ton still to do.

Right now, the MIT team has grown a few rigid plant cells — that’s not enough to build anything, let alone replace the billions of cubic meters of wood we need to harvest every year.

Agriculture does not require buildings, heat, or artificial light.

To make a real impact, the researchers will need to figure out how to dramatically scale up the process, producing wood that’s of comparable quality to the kind that comes from trees and is cost-effective to manufacture.

They’ll also need to ensure the process for creating their lab-grown wood is actually better for the environment than sourcing it from forests — which is not a given.

“Agriculture uses the sun’s energy through photosynthesis, and — except in irrigated lands — natural rainfall,” David Stern, a plant biologist who was not involved with the research, told MIT News. “It does not require buildings, heat, or artificial light.”

Trees also take CO2 out of the atmosphere passively and efficiently, while the ingredients for lab-grown timber would have to come from other sources.

This is a real chance to bypass all that inefficiency.

Still, it is possible the MIT team will be able to overcome all these hurdles in time.

After all, the first lab-grown meat product (a beef burger) cost scientists $300,000 to make in 2013, and within two years, that production cost had dropped to less than $12 a patty. Today, diners can enjoy a second type of lab-grown meat — chicken — at a restaurant in Singapore for just $23.

If the MIT team can replicate that success with their lab-grown wood, they might be able to carve out a similar niche in the traditional lumber industry, even if they can’t fully supplant it. 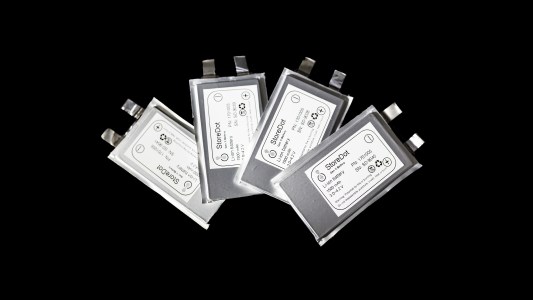 StoreDot’s battery fully charges in just five minutes, and it can be manufactured on the same production lines as today’s EV batteries.

Cars
New scooter battery can charge in 5 minutes. Can it transform electric cars?
Subscribe to Freethink for more great stories
Subscription Center
Sections
Video
Freethink
Subscribe
We focus on solutions: the smartest people, the biggest ideas, and the most ground breaking technology shaping our future.
Subscribe