In the days after Russia invaded Ukraine, Western nations hit Russia with harsh economic sanctions targeting banks, government officials, and access to the international financial system. But missing from these early rounds of sanctions were direct penalties on Russian oil and gas.

That’s changed. On Tuesday, the U.S. announced it’s banning imports of Russian natural gas, oil, and coal, while the U.K. said it would phase out Russian oil by the end of 2022. The European Union, which relies more heavily on Russian oil and gas, has so far declined to follow suit.

“Many of our European allies and partners may not be in a position to join us,” President Joe Biden said on Tuesday. “We can take this step while others cannot.”

Europe is heavily dependent on Russian energy. The E.U. currently imports 25% of its oil and 40% of its gas from Russia, purchases which amount to hundreds of millions of dollars per day. Facing economic turmoil at home, Russia has threatened to “mirror” the West’s sanctions by closing the valve on Nord Stream 1, the multi-billion-dollar network of pipelines that send natural gas from Russia to Germany.

Europe’s future energy relationship with Russia remains uncertain. So, how should it start thinking about energy security strategies going forward?

To Elon Musk, the answer is more nuclear energy. The Tesla and SpaceX CEO tweeted on Sunday that “it is now extremely obvious that Europe should restart dormant nuclear power stations and increase power output of existing ones,” arguing that doing so is “critical” to international security.

Nuclear energy in the E.U.

Of those, some — such as Germany, Spain, and Italy — have been planning to phase out their nuclear infrastructure. Meanwhile, others plan to boost their nuclear capabilities, including Britain, Poland, and France.

Why are some nations investing in new nuclear capabilities, or at least keeping existing infrastructure online? In addition to reducing dependency on foreign energy, the main reasons center on cost and climate goals. Although building new nuclear power plants is expensive, existing plants produce some of the world’s cheapest low-carbon electricity.

Efficiency is another draw. Compared to other energy sources, nuclear power plants have the highest capacity factor, which is a measure of how often a power plant is producing energy at full capacity in a given period of time.

Nuclear power is also a relatively clean energy source. Unlike coal, natural gas, and petroleum, the process of producing energy through nuclear fission does not pollute the air or emit greenhouse gasses — a feature which the European Commission recently said could help push the continent away from “more polluting activities” and toward the goal of slashing emissions by more than 50% by 2030, compared to 1990 levels.

France has held this outlook for years. As Europe’s top producer of nuclear power, the nation led a coalition of 10 E.U. nations last year in a request to the European Commision to label nuclear power as a low-carbon energy source.

A joint letter to the commission, signed mostly by Eastern European countries, stated: “Supply tensions will be more and more frequent and we have no choice but to diversify our supply. We should pay attention not to increase our dependency on energy imports from outside Europe.”

In February, France announced plans to extend the lifespan of existing nuclear power plants and build more than a dozen new-generation reactors, a move that French President ​​Emmanuel Macron said would help France reach its goal of carbon neutrality by 2050.

But while E.U. member nations share bold climate goals, some disagree that nuclear power should be part of the mix.

Nuclear power plants come with risks. As a result of natural disasters or shoddy maintenance, nuclear reactors can melt down, as three did in 2011 when a tsunami struck Japan’s Fukushima Daiichi nuclear power plant. The disaster poured cold water on the so-called “nuclear renaissance” of the early 2000s, spurring some nations to reconsider their reliance on nuclear.

Chief among them was Europe’s largest economy: Germany. After the Fukushima disaster, it was Germany, not Japan, that pushed back hardest against nuclear energy, closing most of its nuclear power plants and issuing plans to accelerate its phase-out of the remaining plants by 2022.

The Russian invasion of Ukraine has caused Germany to reconsider those plans. Why? Because of Germany’s extraordinary reliance on Russian energy.

Germany imports about one-third of its crude oil and two-thirds of its natural gas from Russia, making it the largest buyer of Russian energy products in the E.U. With this relationship under threat amid the war in Ukraine, Germany briefly floated the idea of delaying its nuclear phase-out so the nation wouldn’t be as reliant on Russian fossil fuels.

That’s now off the table. On Tuesday, Germany announced it would not extend the lifespan of its nuclear power plants. The move stems partly from practical concerns — officials said reversing the nation’s ongoing phase-out plans would be complicated.

But it’s also rooted in Germany’s strong anti-nuclear movement that emerged in the 1970s, when large-scale protests thwarted or slowed the construction of nuclear facilities around the country.

The viability of nuclear power

Fears about environmental catastrophe and radiation poisoning underlie much of Europe’s anti-nuclear sentiments.

But to Musk and other proponents of nuclear power, these anxieties are unfounded. “​​For those who (mistakenly) think this is a radiation risk, pick what you think is the worst location,” Musk wrote on Twitter. “I will travel there & eat locally grown food on TV. I did this in Japan many years ago, shortly after Fukushima. Radiation risk is much, much lower than most people believe.”

There’s reason to believe that fears of nuclear power plant radiation risks are overblown. In 2011, the earthquake and tsunami that struck Japan killed roughly 20,000 people. Only one person is known to have died as a result of radiation from the meltdowns at the Fukushima nuclear power plant.

More broadly, the three worst nuclear accidents in history — Chernobyl, Three Mile Island, and Fukushima — killed 32 people. For context, that is roughly the same number of people that died every year in the U.S. coal mining industry during the early 2000s, according to the Bureau of Labor Statistics.

Safety isn’t the only factor when evaluating the long-term viability of nuclear power. After all, building new nuclear power plants is expensive, and renewables like solar and wind may prove to be better options in some cases as they become more cost-efficient.

While the best route forward for Europe’s energy mix is open for debate, it is difficult to argue with Musk’s concluding point: “…nuclear is vastly better for global warming than burning hydrocarbons for energy.” 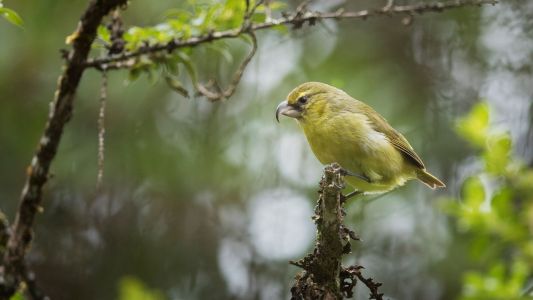 Sound recordings remind us that these beings are invaluable, and that humans have a duty to preserve them.