Google is making its cloud-based ChromeOS Flex widely available, giving anyone the ability to breathe new life into their old laptop.

The challenge: Depending on the model, a laptop can typically operate without any problems for about 3 to 6 years. If you take really good care of it, it might last until the manufacturer stops supporting the operating system (OS) installed on it.

Eventually, you’ll probably start to notice your old laptop slowing down, though, and will decide it’s time to buy a new one.

At that point, you might recycle the laptop or stash it in a drawer and forget about it. Many people just throw their outdated devices away, though — they then join the 59 million tons of electronic waste (e-waste) we burn or send to landfills every year.

Google’s ChromeOS Flex is certified to work on nearly 300 devices.

To the cloud: In 2015, New York City startup Neverware launched Cloudready, a product designed to help people get more life out of an old laptop by replacing its existing OS with one based on Google’s open-source Chromium O​​S.

Because Cloudready runs entirely on the web — like Chromium — it puts far less strain on a computer’s hardware than an OS that does its processing in the machine. As a result, it can make a previously slow Mac or PC run more like a new Chromebook.

ChromeOS Flex: Google acquired Neverware in 2020, and in February 2022, it announced an early access program for its own free version of Cloudready: ChromeOS Flex.

Google used the early access program to identify and fix bugs in the OS. It has now certified the system for nearly 300 devices and is making it available to everyone — all you have to do is download the OS to a USB drive, and then install it on your old laptop.

The bottom line: If you’ve never used a Chromebook before, it’s essentially the Chrome browser on a laptop with a few extra functions — you can’t run things like Adobe Photoshop or PC games.

If your old laptop is already too slow for those applications, though, ChromeOS Flex could be a great way to still get some use out of the hardware — and keep it out of a landfill as long as possible. 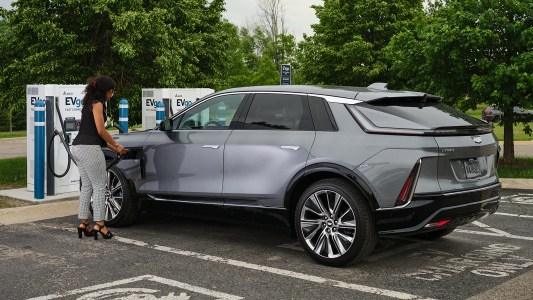 GM, Pilot Company, and EVgo are building a new EV charging network comprising 2,000 stalls at up to 500 travel centers across the US.

Cars
GM has a plan to solve the biggest obstacle to EVs
Subscribe to Freethink for more great stories
Subscription Center
Sections
Video
Freethink
Subscribe
We focus on solutions: the smartest people, the biggest ideas, and the most ground breaking technology shaping our future.
Subscribe