The U.K. just made a big investment in nuclear energy, giving Rolls-Royce nearly $300 million to develop a fleet of small modular reactors (SMRs).

“This is a once in a lifetime opportunity for the U.K. to deploy more low-carbon energy than ever before and ensure greater energy independence,” Kwasi Kwarteng, the U.K.’s business and energy secretary, said of the deal.

The challenge: About 10% of the world’s electricity is produced at nuclear power plants. This energy source is cleaner than fossil fuels and more reliable than wind, solar, and other renewables, and many experts believe more nuclear energy will be pivotal to building a sustainable future.

But most of the world’s nuclear power plants are nearing the end of their 30- to 40-year lifespan, and rather than replacing them with new plants — which can take decades and up to $10 billion to build — many places are opting instead to increase their reliance on fossil fuels.

The idea: Mini reactors, or SMRs, are emerging as a solution to this problem.

As the name implies, these reactors are compact systems with parts that can be built in factories and then assembled on site. Because they’re smaller than the gigantic nuclear plants of past decades, they would require less upfront investment than traditional plants and could be brought online far more quickly (in theory).

Because SMRs are smaller than standard nuclear reactors, they could be utilized in places that don’t have enough room for a traditional plant. While SMRs only generate about one-third the power of traditional reactors, they’d be easy to scale up — just install more units as needed.

The space: Only one nation — Russia — actually has SMRs in commercial operation. However, about 70 designs are under development, and many countries — the U.S., Canada, China, Romania, etc. — expect to add SMRs to their energy grids in the next decade or so.

Now, the U.K. has made a major commitment to SMRs.

On November 8, the government gave Rolls-Royce $283 million to support the development of its mini reactor. Each of those devices is expected to produce enough power for 1.3 million U.K. homes, and the nation hopes to have one operational by 2031, with four others to follow soon after.

The big picture: Nuclear energy may be cleaner than fossil fuels and more reliable than renewables, but it also produces waste that must be stored somewhere. And with some designs, there’s a rare but real risk of meltdowns to consider.

SMR developers need time to prove that their devices are safe, not to mention cost-effective. But, if all goes according to plan, mini reactors could start contributing to the clean energy supply before too many more of their larger predecessors are retired. 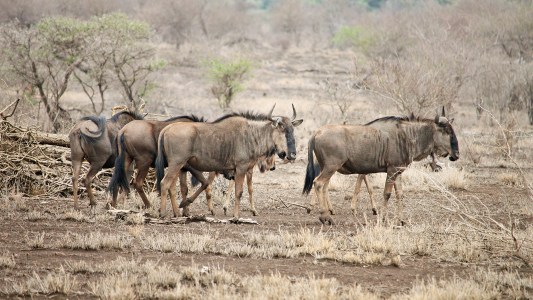 Animals
Moving endangered species could save them — or turn them into invasive species
By Teresa Carey
Subscribe to Freethink for more great stories
Subscription Center
Sections
Video
Freethink
Subscribe
We focus on solutions: the smartest people, the biggest ideas, and the most ground breaking technology shaping our future.
Subscribe