Harvard University researchers have made a breakthrough in battery tech: a long-lasting solid-state lithium battery.

Strong, cheaper, faster: Most of today’s electric vehicles (EVs) are powered by lithium-ion batteries, the same type of battery you’ll find in your laptop or smartphone.

These batteries degrade quickly and take a long time to charge. They also sometimes catch on fire — all features that can dissuade people from switching to an EV.

Harvard claims its new solid-state lithium battery can be charged and discharged at least 10,000 times. That could increase the life expectancy of an EV battery to 15 years — currently, most are only warranted for 8 years or 100,000 miles.

The battery could also allow people to fully charge their EVs in just 10 to 20 minutes.

Battery basics: Batteries have four main components: a cathode (positively charged), an anode (negatively charged), a separator (so they don’t touch), and an electrolyte (a liquid or gel that carries the current from one side to the other).

The challenge: A solid-state lithium battery replaces the liquid electrolyte with one made of a solid material, usually some type of ceramic. It also replaces the heavy anode, usually made from graphite, with a lighter one made of lithium metal and just a coating of graphite.

These changes reduce the risk of fire and allow the battery to charge more quickly and hold more energy.

However, needle-like structures called dendrites can form on the anode of a solid-state lithium battery. The little spikes can then pierce through the ceramic, causing the battery to short circuit.

Our strategy to stabilize the battery feels counterintuitive.

How it works: To avoid this issue, the Harvard team developed a solid-state battery with two different electrolytes: one that’s prone to dendrite penetration but more stable, and the other that’s less stable but dendrite-proof.

“Our strategy of incorporating instability in order to stabilize the battery feels counterintuitive but just like an anchor can guide and control a screw going into a wall, so too can our multilayer design guide and control the growth of dendrites,” co-author Luhan Ye explained.

As a bonus, the chemistry of Harvard’s solid-state lithium battery causes it to fill any holes caused by the dendrites, meaning it essentially heals itself.

The cold water: Harvard has only made a coin-sized prototype of its solid-state, lithium-metal battery so far. To power a vehicle, we’d need something about the size of a textbook — and getting to that point won’t be easy.

“Scaling up to EVs is not a trivial problem — there are many engineering aspects we’ll have to figure out later,” Li told IEEE Spectrum.

As for when anyone might be able to buy an EV containing Harvard’s solid-state lithium battery, that depends who you ask, according to Li.

“Battery companies say one thing, automakers say another thing,” he said. “My guess is five to 10 years.” 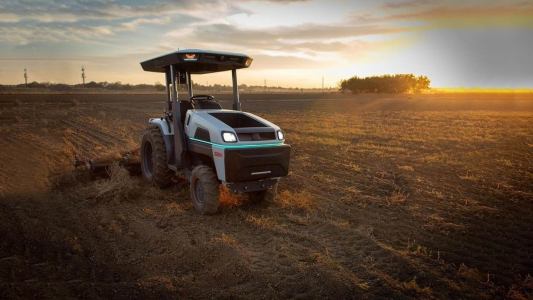