California startup Monarch Tractor has developed an all-electric, self-driving tractor — which it says could save farmers thousands of dollars in labor and fuel costs every year, while also benefiting the environment.

The challenge: Tractors are the workhorses of farms — having replaced actual workhorses a century ago — and they can help with any tasks that require a bit of muscle: planting, plowing, harvesting, fertilizing, etc.

As the global population increases, farmers need to be able to produce more and more food, but they’re also having trouble finding enough people to work on their farms — and most of today’s tractors are useless without someone to drive them.

The idea: Monarch’s self-driving tractor is a rare exception. It can be pre-programmed to complete a task all on its own or controlled remotely in real-time, via an app.

While operating, the tractor’s AI brain also collects and analyzes data from the fields, providing farmers with insights on everything from crop health to expected yields.

“There are a lot of ‘must do’ things on the farm that you would like to see done autonomously… this tractor can do (them) more efficiently,” Jim Hoffmann, owner of Hopville Farms, said in a press release.

The bigger picture: While the tractor’s self-driving features can help farmers deal with labor shortages, the fact that it’s all-electric can benefit the environment.

About two million tractors are sold every year, and almost all of them have engines powered by either gasoline or diesel fuel, meaning they produce emissions that are contributing to the climate crisis.

The regulatory snag: Just because Monarch’s self-driving tractor doesn’t need an operator doesn’t mean farms can get away without one — in some countries, autonomous vehicles still exist in a legal gray area.

“Policy and regulation needs to fundamentally get a grip on this new way of farming,” David Rose, an associate professor of agricultural innovation at the University of Reading, told CNN. “Until then, I think the potential benefits of autonomy won’t be fully realized.”

It’ll also take a lot of electric tractors to make a significant dent in the total emissions produced by agriculture.

A single startup isn’t likely to have that sort of manufacturing capacity for some time, though it does appear that the big players in farming equipment are keen to move away from fossil fuels, too.

The next steps: Monarch is accepting reservations for its self-driving tractors, with plans to begin shipping in the fall of 2021. Pricing starts at $58,000.

“Hundreds of farmers have signed on to receive a Monarch Tractor,” CEO Praveen Penmetsa said, “and we look forward to delivering a new level of sustainability and efficiency to their existing farm operations.” 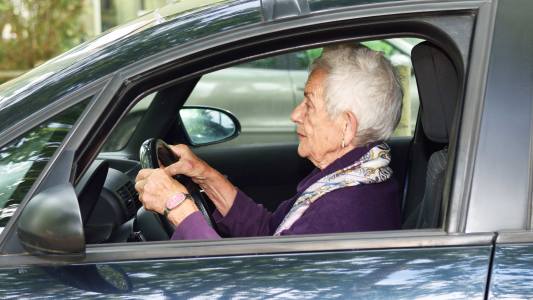