The challenge: About 1.5 billion smartphones are sold every year, and fewer than 20% of old ones get recycled. The rest of that e-waste ends up burned or dumped in landfills — neither of those fates is good for the environment.

That’s just one of the problems with the current smartphone ecosystem, though. Many of the materials used in today’s phones — including ​​gold, tungsten, and cobalt — are unethically mined using child labor, with profits financing armed conflicts.

Easy repairs: Fairphone sourced the gold, cobalt, and tin for its Fairphone 4 from Fair Trade-certified or conflict-free mines, and about 50% of the copper and plastic in the phone is recycled.

The sustainable phone is also built to last longer than 2 years, which is the average lifecycle of a standard smartphone, because it’s easier for owners to repair on their own.

A YouGov survey found that 45% of people would buy a new phone rather than fix a broken one.

The back of the phone can be popped off without any tools, and the interior components are clearly labeled and easily removed with a screwdriver.

Spare parts for the sustainable phone will be available until at least 2027, and a five-year warranty covers issues not related to normal wear and tear or accidental damage (if you break the screen, you’ll need to buy a replacement yourself).

Right to repair: Fairphone’s approach is a major deviation from the smartphone standard.

Phone components are typically either all soldered onto a single motherboard or glued in place. This helps designers minimize the size of the devices, but it also makes it difficult for owners to repair phones themselves (if they can even find parts or guides, which they often can’t).

That leaves them with little choice but to pay for fixes, and because those repairs can be expensive, phone owners will often opt instead to upgrade to a new device (45% of people surveyed by YouGov said they’d buy a new phone if their old one broke rather than try to fix it).

The cold water: The Fairphone 4 costs about $670 and is only available in Europe —  the company currently has no plans for a U.S. launch. The sustainable phone also lacks a headphone jack and has been criticized for being a bit chunky with a less-than-stellar camera.

However, the phone is still earning 4/5 and 7/10 or higher reviews on seemingly every major tech review site, with many noting what a major step up it is from the Fairphone 3 that was released in 2019.

“It feels like Fairphone has caught up with the rest of the smartphone industry,” Jon Porter of the Verge wrote in his review.

The big picture: Fairphone isn’t the only company trying to make the smartphone industry more sustainable.

Washington’s Teracube sells a $200 phone with a four-year warranty, easily removable battery, and biodegradable case. German startup Grover, meanwhile, has launched a subscription platform for smartphones that maximizes their lifespan and ensures every phone is recycled at the end of it.

For now, though, these are all niche operations, and we’ll need the major players — Apple, Samsung, Xiaomi, etc. — to adopt some of their practices to truly solve the smartphone industry’s environmental and ethical problems. 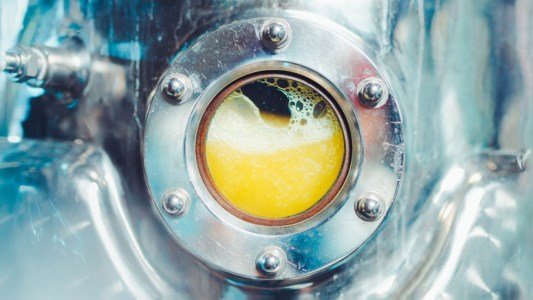 Series|Just Might Work
The secret lab making the most sustainable food in the world
7:02
By Freethink Team
Subscribe to Freethink for more great stories
Subscription Center
Sections
Video
Freethink
Subscribe
We focus on solutions: the smartest people, the biggest ideas, and the most ground breaking technology shaping our future.
Subscribe