Two years ago, Microsoft packed more than 800 computer servers into a tube the size of a shipping container — and then sank it to the bottom of the North Sea.

The company’s goal? See whether an underwater data center could overcome the limitations of its terrestrial counterparts.

Microsoft has now retrieved its sunken data — and the results of the experiment suggest that the ocean could be a better home for data.

Data centers are massive hubs that house servers and other equipment that companies rely on to store and distribute digital data — Google alone requires 20 dedicated data centers across the globe for its 2.5 million servers.

A problem with a data center can halt an entire company’s operations — Twitter, Facebook, and countless others can attest to that — and there are quite a few reasons why servers might go down.

“Computers are not designed to work in the environment that we humans operate,” Spencer Fowers, a researcher involved in Microsoft’s underwater data center, said. “Things like oxygen, moisture in the air — that is really bad for computers. It causes corrosion on the components.”

“You also get things like temperature fluctuations,” he continued, “so the heat from night to day and summer to winter can cause those components to fail.”

Even something as seemingly minor as a data center worker bumping into or moving equipment can disrupt its functionality, according to Fowers.

Microsoft built its underwater data center to test a theory that it’s not only possible to house the facilities under the ocean, but also beneficial.

For one, the location of the center — 100 feet below the ocean’s surface — would allow it to avoid some of the temperature fluctuations that can impact a traditional facility’s reliability. The cold water around the center would also help prevent the equipment from overheating.

By designing the underwater data center to function autonomously, Microsoft could also eliminate any chance of workers damaging equipment. And without humans, there’s no need for oxygen in a data center, so Microsoft could replace it with nitrogen, which is less corrosive to equipment.

We think that we’re past the point where this is a science experiment.

In July, Microsoft retrieved the data center from the ocean floor — and based on early analysis, it seems the theory worked.

After two years, just eight of the 855 servers in the underwater data center had failed — a rate just one-eighth of that experienced on land, Microsoft researcher Ben Cutler said in a news release.

The team is now studying the equipment housed within the data center to figure out why it was more reliable. After that, the focus will be on exploring ways to scale up, perhaps by linking multiple underwater data centers togethers.

“We think that we’re past the point where this is a science experiment,” Cutler told the BBC. “Now it’s simply a question of what do we want to engineer — would it be a little one, or would it be a large one?”

AI
Generative AI: The technology of the year for 2022
It’s made headlines so often that there is no question that 2022 will be remembered as the year that Generative AI stunned the world.
Up Next 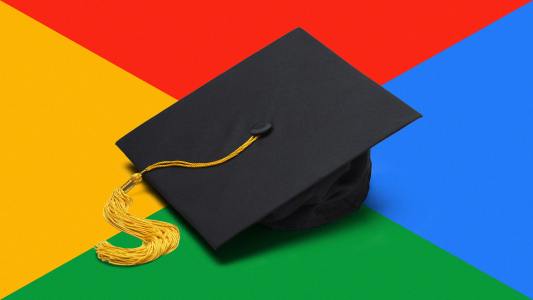 Google’s new certificate program provides alternatives to college degrees that are cheaper to obtain, but potentially worth the same in the job market.