San Francisco neurology startup Rune Labs has gotten the green light from the FDA to use the Apple Watch to monitor and track Parkinson’s symptoms.

Rune’s app, StrivePD, combines self-reported experiences, brain imaging, and other clinical information with watch tracking to create a “data-driven approach to care management and clinical trial design for Parkinson’s,” the company said in a release.

The Apple Watch’s motion sensor can now be combined with that data from other sources, including brain monitoring devices from another partner, Medtronics, said Brian Pepin, founder and CEO of Rune.

Incorporating the data from these various sources, Rune wants to help tailor patients’ treatments based on their Parkinson’s symptoms by generating reports patients can share with their doctors.

“Being able to show my neurologist how my motor symptoms were fluctuating, thanks to StrivePD, was the impetus for me to get surgery for a deep brain stimulation device,” Aura Oslapas, who designed StrivePD, said in the release.

“When people with Parkinson’s are prescribed new medications, adjusting how much to take and when to take it until they find something that works can be a lengthy process,” said Oslapas, who has worked with Rune since the company acquired StrivePD in 2019.

While there are other devices that can track Parkinson’s symptoms, the ubiquity and convenience of the Apple Watch means “more people will have access to this life-changing technology,” Oslapas said.

FDA approval also allows clinicians to use the all-important insurance and Medicare billing codes when reviewing data from the device, STAT reported.

The software has been used by patients at UC San Francisco and Mount Sinai for half a year, TechCrunch reported.

Apple itself has already shown interest in Parkinson’s research, filing multiple patents and publishing a study in Science Translational Medicine demonstrating the smartwatch’s ability to track Parkinson’s symptoms in the real world.

“As we have seen in oncology, the introduction of large quantities of real-world data has the power to transform drug development and fundamentally change disease prognosis,” Pepin told TechCrunch.

“This clearance is a major step towards building a similar paradigm in neurology,” 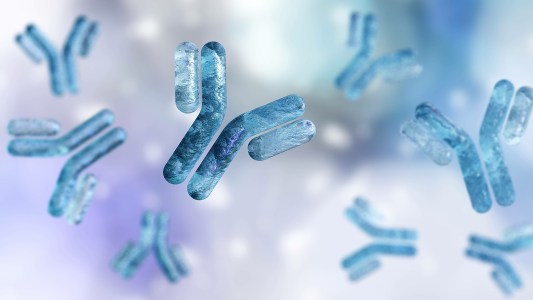 Pregnancy bestows on babies enhanced antibodies that can protect against a broader range of disease. Now, we know how.