Breast cancer is easier to treat when it’s detected early, and the best way to do that is through regular screenings. However, the most commonly used breast cancer screening method — an x-ray of the breast, called a mammogram — is far from ideal.

For one, while mammograms can catch most breast cancers, false positives are common, too — after one test, the false positive rate is 7% to 12%, and after a decade of annual exams, the chance of having a false positive is about 50%. This can lead to potentially costly and painful follow-up tests, not to mention undue fear and stress.

Mammograms can be uncomfortable at best (and painful at worst), so that’s enough to deter some people from getting them. Others who would get regular mammograms don’t because they can’t reach a doctor’s office.

Now, a young biomedical engineer has invented an at-home breast cancer screening device that overcomes many of mammograms’ limitations — by sniffing out biomarkers of cancer in a woman’s urine.

The new at-home breast cancer screening device is called the Blue Box, and Judit Giró Benet is the engineer who spearheaded its development.

She’s been working on the Blue Box since 2017, and she recently found out that it had won the international James Dyson Award, an annual award designed to help young engineers develop their inventions.

“That day marked a before and after for the Blue Box project,” Benet said in an interview published on Medium. “The moment Sir James Dyson chose the Blue Box as the winner of the JDAs, he turned a dream (a little crazy) into a reality (quite feasible).”

To use the Blue Box, a user inserts a cup with their urine sample into the device, which contains six chemical sensors that come in contact with the urine.

They then press “Start” on a companion app, triggering the sensors to hunt for specific biomarkers of breast cancer in the urine.

After about 30 seconds, the sensors send the data they’ve collected to the cloud for an algorithm to analyze. This algorithm then sends its diagnosis back to the companion app for the user to see.

An Alternative to Mammograms

During testing, the Blue Box was reportedly able to classify 95% of urine samples correctly. However, the positive samples for that study all came from women with large breast cancer tumors, which would make detection in urine easier but also less useful.

Benet has yet to publish any of her data publically, but she is already working on a third prototype of the device, which she wants to train to detect breast cancer in its earlier stages, using samples from 300 breast cancer patients.

It has the potential to make cancer-screening a part of daily life.

There’s still a lot of research to be done, but if it all goes well with the at-home breast cancer screening device’s development, the next step would be seeking regulatory approval and identifying a manufacturing partner.

If the device gets that far, it could be a pain-free, radiation-free alternative to mammograms that women could do themselves without ever leaving their homes.

“The Blue Box has the potential to make cancer-screening a part of daily life,” Benet said. “It can help to change the way society fights breast cancer to ensure that more women can avoid an advanced diagnosis.” 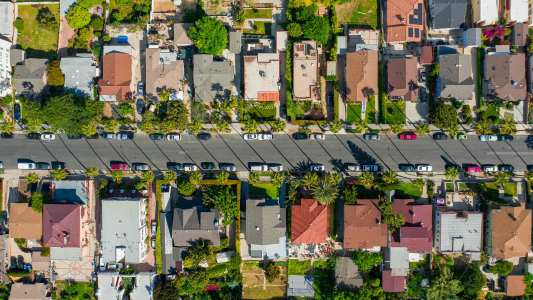 Google’s new Tree Canopy Lab uses AI and aerial photography to combat the urban heat island effect by showing a city exactly where it could use more trees.