In the height of June’s Pacific Northwest heatwave, faced with dwindling supplies to care for patients suffering from life-threatening heatstroke, Washington hospitals turned to a novel solution: body bags, filled with ice.

As Kaiser Health News reported, the macabre “MacGyver medicine” saved lives: zipping heatstroke patients into body bags filled with ice and water was so effective at lowering body temperature, in fact, it could become common practice.

Perhaps too common, as climate change continues to send the mercury spiking around the globe.

“I have a feeling that we’re looking at many more days of extreme heat in the future, and this is likely to become more common,” Seattle emergency physician Alex St. John told KHN.

The heat rises: The Pacific Northwest heat wave shattered previous temperature records in an area well-known for its cool, temperate climate — it was so hot birds were jumping out of their nests to escape the heat.

With housing and infrastructure not designed for triple-degree temperatures (Seattle has the fewest air conditioners of any metro area in the country), the heat soon turned lethal. Over 100 people lost their lives in Washington and Oregon, with hundreds more killed in Canada. As The Guardian reported, many of those who died in Oregon lacked fans or air conditioners.

Of all heat-related illnesses, heatstroke is the most severe. As the body’s temperature hits 104° F or higher, the brain, kidneys, heart, and muscles can start shutting down. Patients may show neurological symptoms — slurred speech, confusion, delerium — climaxing in coma.

Running low: The hospitals in Seattle and Renton were running low on critical supplies even as heatstroke victims continued to pour in.

“When people are this sick, you’ve got to cool them down fast,” Grant Lipman, a professor of emergency medicine at Stanford, told KHN.

Lowering a heatstroke patient’s body temperature is critical, so emergency rooms pile ice packs placed in strategic areas, place them in front of large fans, and mist them with water. They can also be submerged into large tubs (like pro athletes) or have cool saline delivered via catheter into the veins.

But those tubs, catheters, and ice packs were soon in short supply.

The bags were filled with ice and water, then zipped up to the patient’s armpits. The watertight, self-contained bags kept the cold close to the patient’s skin, making the treatment extremely effective.

While cooling heatstroke victims in body bags sounds a bit … dark, it is cheap, effective, and scalable in a mass heat emergency, Lipman told KHN.

Better than standard: Lipman had already studied the use of iced body bags to treat heatstroke, in a case study co-authored in 2019.

“Although evaporative and convective measures are often used for cooling heat stroke patients, cold water immersion produces the fastest cooling,” the authors wrote in their report. “However, logistical difficulties make cold water immersion challenging to implement in the emergency department.”

The team detailed a case study wherein they managed to cool an elderly woman’s temperature from 104° to 101° F in 10 minutes via the body bag technique.

The risk of extreme heatwaves could be two to seven times greater between now and 2050.

In Seattle, this June, ER doctors faced a similar situation with a woman in her 70s whose temperature had crossed the threshold into heatstroke. The Harborview physician, Alex St. John, decided to use the body bag method after a colleague had brought it up a couple days before.

The bag lowered her temperature to “just outside the danger zone” within minutes, St. John told KHN; she went on to make a full recovery.

A heat-struck world: The PNW heatwave is a lethal and dramatic herald of what experts believe will become more common around the world. Regions ill-equipped to deal with heat will suffer, and already hot regions will be pushed to their limits.

If warming continues at this pace, the risk of extreme heatwaves could be two to seven times greater between now and 2050 compared to the previous few decades, according to a recent Nature Climate Change study. After 2050, their model predicts extreme heat being at least three times more common.

The real world effects are already showing up. In the past two decades, according to a new study in the Lancet, there’s been a 54% increase in heat-related death among older people.

“The main message is that we need to prepare for more record heat events in the coming decades that shatter previous record temperatures by large margins,” Erich Fischer, lead author of the Nature study, told Axios via email.

All of which points towards a world where heatstroke will become more common, especially in more areas that aren’t used to it. But readying the body bags, ironically, may be the key to saving lives. 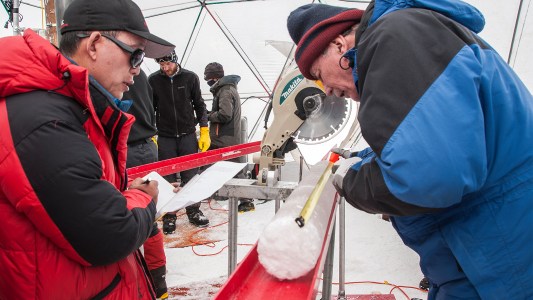