“The co-administration of D-lysergic acid diethylamide (LSD; ‘Acid’) and 3,4-methylenedioxymethamphetamine (MDMA; ‘Ecstasy’; ‘XTC’) , has reached a prevalence that has allowed for the street terminology ‘candy flipping’ to describe the combination.”

All of which is an extremely square (and exceedingly late ’90s) way for the European Journal of Pharmacology to tell you that mixing LSD and MDMA is a pretty popular thing to do, and has been for decades.

But now, candy flipping is joining the psychedelic research renaissance and going from Drug World to the clinic to see if the hedonists may have found some therapeutic insights.

Some psychedelic researchers think the combo may have therapeutic benefits greater than the sum of its parts — others think its benefits are dubious and risks potentially dangerous.

Psychedelic pharmaceutical company MindMed and the Liechti Lab at the University of Basel (that’s in Switzerland) have announced a phase 1 clinical trial, the first of its kind, studying candy flipping’s effects.

A cohort of 24 healthy subjects will be dosed over four different sessions. They’ll receive either 100 milligrams of MDMA with an LSD placebo; 100 micrograms of LSD with an MDMA placebo; both placebos; or both drugs.

The researchers will take empirical measurements — blood pressure, body temperature, heart rate — as well as reporting the patients’ subjective feelings about each combo.

The objective is to figure out if MDMA’s well-known capacity for engendering the warm fuzzies can help take the edge off of an LSD trip. If so, it may make LSD-enhanced therapy a more palatable option for more potential patients.

“The potential of MDMA-LSD is to create a psychological state that may have the benefits of both substances and have longer lasting effects than standalone psilocybin or LSD,” Matthias Liechti, the lab’s namesake, said in a press release.

…Is This a Good Idea?

One may not be able to just cherry pick the best of both drug’s psychedelic effects, however.

“It’s not as simple as combining the euphoria (and) anti-anxiety effects of MDMA with the interoprospective psychedelic effects of LSD,” Charles Nichols, a professor of pharmacology at LSU (and second-generation psychedelic researcher), wrote in an email.

MDMA dumps a lot of serotonin and dopamine into the brain, and those high levels will activate the two brain chemical’s receptors, desensitizing them to a degree, Nichols says. Combined with LSD activating multiple dopamine and serotonin receptors, candy flipping could lead to serotonin syndrome, which can cause anything from shivers to seizures.

“Going straight into humans without an understanding of how these two drugs interact at the physiological and metabolic level is potentially dangerous, and risky at best,” Nichols wrote.

“This type of interaction really hasn’t been studied at a rigorous biological level, let alone what the behavioral consequences would be. Relying on raver reports on candy flipping as a justification for safety in humans for a clinical trial is bad science and downright dangerous.”

So, you’ve been warned.

Candy flipping’s clinical debut is scheduled to begin in late 2020, and the trial hasn’t yet begun to recruit, meaning there’s still time for aspiring psychonauts to hit Spotify for the perfect playlist and hydrate (for science, of course).

Editor’s note: This story was edited on 9/23/20 to correct the dosage of the study design; participants may receive 100 milligrams of MDMA, not micrograms.

Medicine
How the antidepressant Prozac could treat blindness
Prozac is a widely used antidepressant. Data indicates that the drug could be used to prevent blindness due to macular degeneration.

Medicine
90% of drugs fail clinical trials – here’s one way researchers can select better drug candidates
It’s disappointing when the years of effort and resources spent to push a drug candidate to patients so often lead to failure.

Drugs
Opioid overdose: A bioethicist explains why restricting supply may not be the right solution
Since the unpredictability of drug supply increases overdose risk, making the drug supply predictable should be part of the solution, right?
Up Next 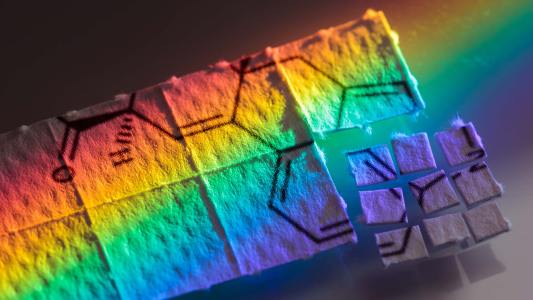 Since the 1960s, LSD has been seen as a potential painkiller. Now, new research suggests microdosing LSD may indeed provide relief.