You know how sometimes Superman and Lex Luthor need to team up against some other, greater threat?

The combination proved effective in mouse models of cancer, curing brain tumors and melanomas in multiple sites in mice, and helping mice live longer, with a booster shot of the virus extending protection against tumors forming again.

“This approach allows the tumor to be killed by the virus as well as by the CAR-T cells,” Richard Vile, co-leader of the Gene and Virus Therapy Program within Mayo Clinic Cancer Center, said in a statement.

The idea behind immunotherapy is a graceful one — utilize the body’s own immune system to combat cancer.

Cancer, unfortunately, is not easily fought. Tumors have numerous techniques for evading the immune system, including decoy molecules, genetic changes which work like camouflage, immune cell-zapping surface proteins, and corrupting nearby cells to create shields.

All of this creates a “microenvironment” around the tumor which makes it difficult for the immune system to break through; think of it like an ensconced evil fortress.

One method for helping your immune cells do what they do best is by handing them a new weapon: a chimeric antigen receptor, or CAR. The CAR helps the immune cells spot cancerous cells wherever they are, which they will then proceed to give the business.

CAR-T cells are a specific type of these cells, which has seen success against diffuse blood-borne cancers.

CAR-T therapy comes up short when it comes to fighting the fortified solid tumors, however, leading researchers to find new ways to empower the cells.

Viruses versus cancer: To get at solid tumors, Mayo Clinic team partnered their CAR-T cells with oncolytic viruses.

While injecting yourself with a virus to fight cancer may sound strange, the therapy can be effective. Modified HSV-1 oncolytic viruses are approved by the FDA for fighting melanoma, while a small study showed that herpesviruses also have the potential to battle brutal pediatric brain cancer.

Double trouble, tumors! The Mayo team modified CAR-T cells to ferry a payload of oncolytic viruses straight to the solid tumors. The viruses then infect the cancer cells, replicate, and rend them open — not only killing the cancer cells directly but sparking a general immune response to the area.

“In addition, when the virus is delivered, it turns the tumor into a very inflammatory environment, which the patient’s own immune system then sees and starts to attack,” Vile said.

When the researchers tested their platooned CAR-T cells and oncolytic viruses in mouse models of melanoma and brain tumors, they were able to cure the tumors at multiple sites without causing high levels of toxicity.

“Clinically, delivering the therapy systemically is a potential advantage because you could possibly treat patients with metastatic disease without having to inject each tumor,” Vile said.

The combined therapy was more effective than either CAR-T cells or oncolytic viruses alone.

When a booster shot of the same oncolytic viruses was injected into the treated mice, it seemed to trigger an immune memory response, with the CAR-T cells springing back into action and protecting six of seven mice from tumor reformation for 60 days,  FierceBiotech reported.

“By putting the virus onto the CAR-T, we activate them against both the virus and the tumor, and they acquire immunological memory,” Vile said.

A booster shot of the same viruses extended tumor protection in mouse models.

“This allows us to give a boost with the virus at a later time point, which in turn makes the CAR-T cells wake up again and undergo additional rounds of killing the tumor.”

First, the oncolytic viruses can break down the molecular shields some tumor cells wield, the researchers said; second, they can strike at the very core of the cancer cells, an attack that immune cells have a hard time pulling off.

Cautious optimism: Vile emphasizes that the work is still early, and as the saying goes, “mice lie”; what works in a rodent is not guaranteed to work in a person.

“Nonetheless, we are hopeful that we will be able to take this strategy into clinical trials within a year or two,” Vile said.

Earning FDA approval could be a bit tricky, FierceBiotech reported, since combining oncolytic viruses and cancer-killing immune cells could be considered two different products. On the other hand, however, both CAR-T cells and oncolytic viruses are already approved and treating patients on their own.

Whether their teaming up will work for people as well remains to be seen. 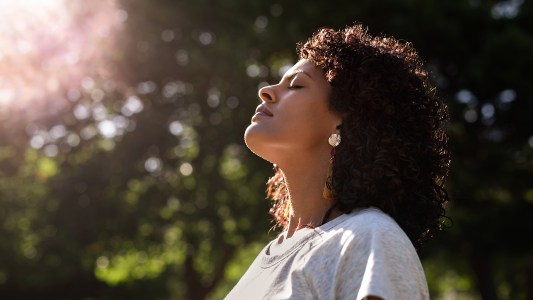 The alcoholism treatment disulfiram may be able to serve double-duty as an anti-anxiety medication, according to mouse studies.