A drug approved for the treatment of alcoholism could be the next anti-anxiety medication, helping people overcome their anxiety disorders without risking the side effects caused by some existing drugs.

The challenge: Most people only experience anxiety — a feeling of dread or fear — temporarily during stressful situations, but people with anxiety disorders feel anxious most days for six months or longer, which negatively impacts their quality of life.

To relieve anxiety, some people take benzodiazepines, a class of anti-anxiety medications that includes Xanax and Valium. While the meds can be highly effective in the short-run, they can also cause unwanted side effects, such as amnesia, sedation, and poor coordination.

They’re also potentially addictive and dangerous to mix with other drugs or alcohol, and after prolonged use, withdrawal can be extremely difficult.

Drug repurposing: Disulfiram (DSF) is an FDA-approved medication for the treatment of chronic alcoholism. It works by inhibiting an enzyme needed to metabolize alcohol — as a result, people who take the med feel sick when they drink.

DFS also prevents a protein called FROUNT from binding to cells via two chemokine receptors (CCR2 and CCR5). Chemokine receptors control how the cells of the immune system behave, but they’ve also been shown to play a role in regulating the emotional behavior of rodents.

The study: For a new study, researchers at the Tokyo University of Science set out to connect some of this past research by seeing if DSF had potential as an anti-anxiety medication.

After giving some mice DSF, others the common benzodiazepine diazepam, and others no meds, the researchers studied their behavior on an elevated plus maze, which consists of a plus-shaped platform in which two of the four arms have walls and two don’t.

Mice experiencing anxiety will typically spend most of their time in the arms with the protective walls, but like the mice given diazepam, those treated with DSF spent significantly more of their time in the test’s unprotected arms than untreated mice, suggesting that it reduced anxiety.

The mice also underwent tests to evaluate their coordination, balance, and memory. During those, the DSF mice didn’t display the impairments seen in the mice given diazepam.

Looking ahead: Benzodiazepines aren’t the only anti-anxiety medications, and many people are able to rely on ones that don’t cause such disruptive side effects. However, some people fail to find relief even after trying many medications, so new ones are still needed.

It’s too soon to say whether DSF will be the next anti-anxiety medication as treatments that work in mice often fail in humans. Still, because DSF is already FDA approved, it should be easier to test and get approved for another condition if it does pan out.

If the effect of DSF in mice does translate to people, it could be an attractive option for people who either haven’t found an effective anti-anxiety med or who want to avoid the side effects of benzodiazepines — as long as they don’t mind giving up alcohol. 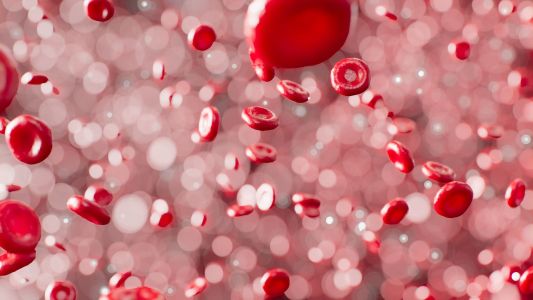