Australia has approved a new drug for preventing malaria relapse in children.

Carried by infected mosquitoes, malaria infects hundreds of millions around the globe each year and kills hundreds of thousands — mainly children. And despite decades of progress, those deaths increased during the COVID-19 pandemic, the New York Times reported.

The treatment, which was developed by the nonprofit Medicines for Malaria Venture (MMV) and multinational pharma giant GSK, pairs a single dose of a drug called tafenoquine with the classic therapeutic chloroquine.

The goal is preventing relapsing infection by the malaria parasite Plasmodium vivax.

“P. vivax malaria is particularly dangerous for young children for whom repeated relapses can lead to cumulative severe anaemia and, in some cases, be fatal,” David Reddy, the CEO of MMV, said in a release.

A lurking threat: The majority of malaria infections are caused by the parasite Plasmodium falciparum, which is also the deadliest form of the disease.

With climate change extending malaria-carrying mosquitoes’ range and the COVID-19 pandemic showing just how fragile public health gains can be, researchers have been racing for new ways to fight the disease.

The parasite is a difficult one to vaccinate against, moving through multiple life stages in multiple places in the body. It also has a nasty little weapon that lets it rapidly reinfect people, a protein that suppresses the creation of T cells, which serve as the memory of the immune system.

P. vivax, which the NYT reports causes around 5 million infections a year, has an additional trick up its sleeve: it can hide in the human liver. From this ambush site, the parasite can cause relapses months or even years after infection, which can cause not only anemia but brain damage and death.

Preventing P. vivax relapse: The current treatment for vivax malaria relapse is a one to two week course of a drug called primaquine, which has no pediatric-specific formulations.

The new treatment from MMV and GSK, for children ages 2-16, requires only one dose of tafenoquine delivered via a tablet dissolved into water. The tafenoquine takes aim directly at the P. vivax lurking in the liver, while chloroquine target parasites in the blood.

This causes what scientists call a “radical cure” — the prevention of relapse.

“What you’re really proving with vivax treatments like these are that six months from now, you’re not going to get a relapse,” Jagoe told the NYT.

Combining the new approved drug with traditional treatments is a “radical cure,” 95% effective at preventing relapse.

The approval from Australia’s Therapeutic Goods Administration was based on a recent clinical study, which looked at different dosages for the drug for 60 children ages 2-15 from sites in Vietnam and Cambodia.

At four months, the treatment had a 95% efficacy rate in preventing vivax malaria relapse.

Tafenoquine was previously approved for patients 16 and older in 2018, making it the first new drug for P. vivax malaria in 60 years.

“Today, we have a tool to put a stop to the relentless relapse both for adults and children – we are one step closer to defeating this disease,” Reddy said. 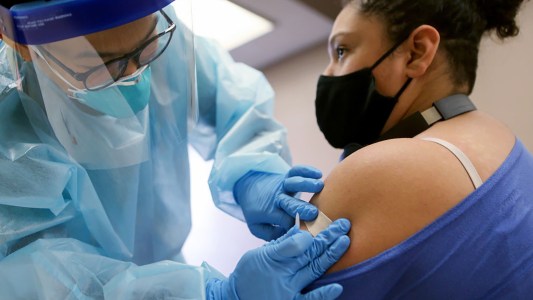 Coronavirus
One shot of this COVID-19 drug reduces risk of death by ​​60%
By Kristin Houser
Subscribe to Freethink for more great stories
Subscription Center
Sections
Video
Freethink
Subscribe
We focus on solutions: the smartest people, the biggest ideas, and the most ground breaking technology shaping our future.
Subscribe