Since China detected the first cases of the novel coronavirus COVID-19 in late December, the virus has gone on to become a global health emergency, with officials now confirming cases in 28 other countries and territories.

But despite this spread, only 980 of the 73,325 confirmed cases are outside of China, meaning the outbreak is still largely a Chinese problem — one the nation is responding to in a way perhaps no other country could (or would).

China is the most populated nation in the world, yet the fact that it’s home to a whopping 1.39 billion people seemingly hasn’t hindered the government’s ability to keep tabs on its citizens.

Today, China is home to a vast network of surveillance cameras, with facial recognition software and mandatory location tracking chips providing the Chinese government with the ability to closely monitor residents.

That status as a surveillance state has earned China plenty of criticism from human rights advocates. But the wealth of data China collects on citizens is now being deployed in its efforts to contain the spread of COVID-19.

Case in point: The Japan Times recently reported on the experience of one Hangzhou resident who visited Wenzhou, a city roughly 300 miles away, on business.

When he returned home, local police contacted him and told him to stay inside for two weeks. The reason? A number of people in Wenzhou had contracted COVID-19, and cameras in the city had identified the license plate on the Hangzhou man’s car as being in the area.

More than one-tenth of China’s population is forbidden from leaving their houses. Those who do venture out might be ordered to return to the homes by disinfectant-spraying drones.

After 12 days under quarantine, though, the man got bored and decided to leave his house. A surveillance camera equipped with facial recognition tech caught him out, and he soon received calls from both the police and his boss, whom local authorities had contacted.

“I was a bit shocked by the ability and efficiency of the mass surveillance network,” the man told The Japan TImes under the condition of anonymity. “They can basically trace our movements with the AI technology and big data at any time and any place.”

Yes, There’s an App for That

China’s surveillance capabilities might have come as a shock, but others in the nation are leaning on them in an effort to avoid catching COVID-19.

On February 8, China released a mobile app that lets citizens check to see if they’ve been in close contact with anyone confirmed to have — or even suspected of having — the novel coronavirus. That “close contact” could include anything from working in the same building as an infected person to riding in the same train compartment as someone who lives with an infected person.

If a person checks the app and finds out that they have come in close contact with the virus, they’re instructed to share the information with health authorities and self-quarantine, a move that could help prevent the virus’s spread.

The app leverages data collected by multiple government agencies, including the Ministry of Transport and the National Health Commission, according to state-run news agency Xinhua.

Without that data, the app couldn’t exist — and a person might not know that an individual sitting near them on a recent flight was later confirmed to have COVID-19.

‘One of the Biggest Social Control Campaigns in History’

China’s efforts to contain the coronavirus don’t stop at surveillance, either — the nation has also deployed what the New York Times has called “one of the biggest social control campaigns in history.”

Nearly half of China’s population is now under some sort of travel restriction, and more than one-tenth of the population is forbidden from leaving their houses. Those who do venture out might be ordered to return to the homes by disinfectant-spraying drones (seriously).

Chinese authorities are also making an effort to control the online narrative surrounding the coronavirus.

The nation’s Internet was already the most strictly censored in the world, prior to the coronavirus outbreak, and in the wake of it, Beijing has ramped up the censorship dial to 11.

Mere days after China informed the WHO about the outbreak, news broke that the nation had arrested people for allegedly spreading “misinformation” about the virus online. Soon after, it officially threatened to jail anyone caught sharing any COVID-19 info that didn’t originate from a government source.

In theory, that online censorship is supposed to ensure that the public only has factual information on the coronavirus, such as confirmed details on where outbreaks are being reported and how people can avoid catching the virus.

If the COVID-19 outbreak were centered in any other nation, the world would likely be witnessing a very different government response to it.

However, the move has come under criticism by free speech advocates and those claiming the policy is actually blocking the spread of any information that doesn’t reflect favorably upon the Chinese government — including information that might actually help contain the virus.

Among those silenced by authorities was Li Wenliang, a doctor at Wuhan Central Hospital, who tried to warn fellow doctors back in December about an outbreak of SARS-like illnesses. But police accused him of “spreading rumors” and ordered him to sign a letter confessing to “making false comments.” Li later caught the disease while treating coronavirus patients and died of the infection on February 7.

It’s unlikely we’ll know whether China’s control over its citizens’ real-world and online lives will have been effective in the fight against the coronavirus until after the outbreak is over.

But for now, one thing is certain: if the COVID-19 outbreak were centered in any other nation, the world would likely be witnessing a very different government response to it. 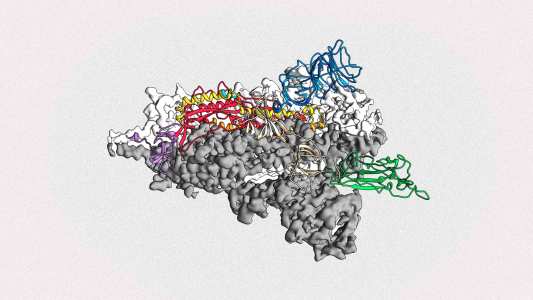 Scientists have created the first atomic-scale 3D map of 2019-nCoV’s spike protein, the part of the coronavirus that infiltrates human cells.