Update, 9/24/21, 9:45 a.m. ET: The CDC has recommended COVID-19 boosters for all of the groups now authorized by the FDA, despite its independent vaccine advisers voting against boosters for people ages 18 to 64 at high risk of serious COVID-19 complications due to their jobs or living situations.

The FDA has expanded its authorization of Pfizer’s COVID-19 boosters to include seniors and people in certain high-risk populations — but the approval for all adults that President Joe Biden hoped for was denied.

From the top: In August, President Biden announced a plan to make COVID-19 boosters available to all adult Americans starting on September 20.

“It will make you safer, and for longer, and it will help us end the pandemic faster,” he said at the time. “This is no time to let our guard down. We just need to finish the job with science, with facts, and with confidence.”

Before that could happen, though, the FDA would need to amend its existing authorizations of the vaccines to include extra shots, and the CDC would then need to recommend the boosters.

The ruling: On September 22, the FDA gave COVID-19 boosters the greenlight — but not for all adults, like Biden had hoped.

Instead, the agency decided that a third dose of Pfizer’s vaccine should be made available to people over the age of 65, adults at high risk of severe infection, and people at high risk of serious COVID-19 complications due to their job or where they live.

That last group includes workers at daycare centers, hospitals, and grocery stores, as well as people in prisons or homeless shelters. (The FDA authorized boosters of both Pfizer’s and Moderna’s shots for certain immunocompromised people in August.)

The newly authorized COVID-19 boosters are only available to qualified people who initially received Pfizer’s vaccine (not Moderna’s or Johnson and Johnson’s), and they must wait at least six months after their second dose before getting the third shot.

The CDC is now considering whether or not to recommend the shots in the wake of the FDA’s decision.

Debating COVID-19 boosters: Studies of the authorized COVID-19 vaccines have shown that their efficacy wanes over time and that booster shots can restore it — but that hasn’t stopped people from debating the need for boosters in the U.S.

Some opponents argue that vaccines should be sent to less-developed countries rather than used as boosters in the U.S. Others say that, even though the efficacy wanes over time, the two-dose regimen still provides enough protection for the general population.

“I do worry that for young men who’ve had two doses and get a third, the risk might be higher.”

After receiving their vaccines, some people (usually younger men) experienced inflammation in or around their hearts. That rare side effect usually occurred after the second dose, and some are concerned that a third shot might make it even more likely or severe.

“I do worry that for young men who’ve had two doses and get a third, the risk might be higher,” David Juurlink, the head of the division of clinical pharmacology at the University of Toronto, told STAT.

Still, the authorization of boosters doesn’t mean everyone who qualifies has to get one — those at high risk of complications or who experienced serious side effects from their first shots could sit them out.

Vaccines are not a finite resource — we can make more of them, if there’s a market for them — so it’s unclear how much COVID-19 boosters will take vaccines away from less-developed nations, and the U.S. has already committed to sending more than one billion shots abroad.

“We’re now donating three shots globally for every one shot we put in the arm of an American, and our view continues to be that we can do both,” Jen Psaki, the White House press secretary, said.

And even if the increase in efficacy is small, every vaccinated person who doesn’t get sick thanks to a booster — mild case or not — is one less person capable of spreading the virus to others, including unvaccinated folks who might end up hospitalized or worse. 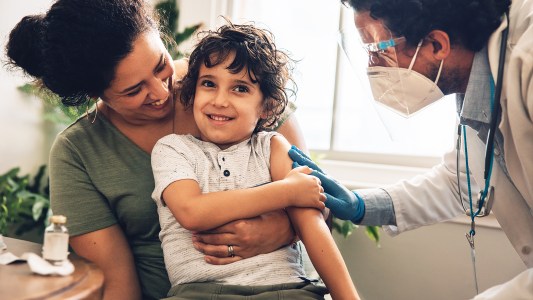