When Geraldine Fauville lowered herself into the pool and put on the virtual reality (VR) goggles she never expected to be as surprised as she was. The experience immediately transported her to a drift dive, deep in the beautiful sea.

As she descended from the virtual ocean’s surface, she began to feel the sea stream past her arms and body.

But her body wasn’t really moving. She wasn’t even in moving water. Fauville was stationary in a pool.

“When you open your eyes and seeing the (virtual) environment moving around you, you could swear that you could feel the water going against your skin,” she says. “So the illusion is outstanding.”

It might also be the key to curing cybersickness.

How Do You Get Rid of Cybersickness?

Cybersickness is similar to motion sickness, but it comes from using electronic screens, instead of real motion, like in a boat or car. VR, in particular, is known to trigger cybersickness.

As a researcher in education and information technology at the University of Gothenburg, Sweden, Fauville has seen many people experience cybersickness under the goggles.

Even Fauville experiences it, getting headaches or an upset stomach.

“In research in virtual reality, there are a lot of activities where you want people to literally travel in the world,” Fauville says. “There is an important need to find ways to make people experience motion without experiencing cybersickness.”

It is easy to imagine that adding water would increase cybersickness — combining actual seasickness with the virtual kind — but after her aquatic VR drive, Fauville hypothesized the opposite: could water be the cure for cybersickness in VR?

Diving Deep to Find a Cure for Cybersickness

A few months later, Fauville launched the first study on aquatic VR, which looked at the effect of combining water immersion and VR on vection — the sensation of body movement created by visual stimulation, like the feeling you get sitting on a stationary train and seeing a moving train pass by the windows.

Some people experience cybersickness in VR when the world around them makes it appear as if they’re moving, but in reality, they are standing still. When your brain senses a different type of motion than what you see with your eyes, the confusing messages cause cybersickness.

Fauville thought if being submerged in water could make one feel like they are moving, it could provide a way to experience VR without getting cybersickness, by matching up the sensation with what the eyes are seeing.

To test her theory, Fauville teamed up with Ballast VR, a VR nature experience that combines real-world snorkeling with a virtual experience. Ballast VR’s pool experiences can take you diving with whales, swimming through colorful reefs, floating through a space station, or flying over rocky terrain.

Fauville divided volunteers into two groups. One group experienced the VR scuba dive on dry land. The other group had the same VR experience, but submerged in water.

Fauville asked all the participants to note where they started before they put on the VR goggles. Afterwards she asked them how far they thought they traveled. By connecting them to an elastic tether (unbeknownst to them, anchored to the pool floor), participants actually didn’t move anywhere.

The results of this study, which are published in Scientific Reports, show that participants’ sense of self-displacement or movement was more significant in the water than on land, though none of the participants moved at all.

“When people in the water removed the headset, and saw that they were exactly at the same place, they were like, ‘Oh my God, what happened?’ So they had this very strong reaction,” says Fauville.

For her, this was enough to prove that VR can be more than a visual experience. Combined with water, VR can make you feel like you’re flying.

Psychologist Skip Rizzo, from the Institute for Creative Technologies, did not work on this study, but he says that it “helps us to understand the potential of the technology.”

He says that VR allows researchers to create controlled stimulus environments and manipulate stimuli (like a sense of movement) in a precise way while measuring users’ response.

“It’s the core of experimental psychology research or general human research overall,” he says, adding that it is important for studying and understanding how the brain works.

“Video games were the financial driver for a lot of the tech development for VR. But the real benefits for humanity are going to be seen in scientific research and in the health, healthcare, and education domains,” he said.

Besides curing cybersickness for people who can’t handle dry ground virtual reality, aquatic VR can enhance the realism of the experience in valuable ways, whether it’s exploring space, connecting with nature, or even immersive job training.

But both Fauville and Rizzo (and many VR advocates) say that VR isn’t meant to replace real-life experiences, but rather fill in where real-life cannot.

“I’m no fan of a wholesale replacement of reality — the smells and sense of touch and the heat of the sun — being replaced by VR simulation. Sometimes, when you’re in VR, it makes you appreciate real reality a little bit more. It helps you to focus on something,” Rizzo says, recalling a VR experience he had where he got to swim with dolphins virtually.

“Not everybody is going to be able to go to the ocean and swim with dolphins. This is the next best thing.”

VR provides opportunities for people (like astronauts or divers) to train in a simulated environment before trying it in the real world — possibly saving on cost and minimizing dangerous risks. A pool is certainly safer than attempting a first spacewalk on the moon.

Additionally, there are growing opportunities to use VR in education — especially as more schools, libraries, and museums are becoming equipped with VR goggles.

“The important factor about VR is that it is not a media, it’s an experience,” Fauville says. “When you watch TV, there’s something between you and the movie. There is the television. When you use VR, the real world totally disappears and everything is in this virtual experience that’s created.” 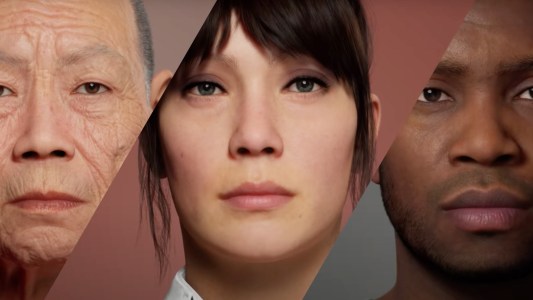