A research team from the Korean Institute of Science and Technology (KIST) has developed a new potential weapon against drug-resistant cancers, GEN reports.

In a study published in Biomaterials, Kwang-meyung Kim’s team developed a drug which inhibits resistance with an anticancer drug. Once inside the body, the new drug — called a “drug-drug nanoparticle,” because it’s two drugs joined together — cruises around until it encounters a cancer cell.

Cancer cells express an enzyme called cathepsin B at higher levels than healthy cells. When the new combo drug reacts to the enzyme, it releases the anticancer drug and inhibitors for drug resistance at the same time — potentially giving it the ability to target and treat drug-resistant cancers.

The researchers also say the new drug inhibits both inherently drug-resistant cancers — which resist all known cancer drugs — as well as acquired drug-resistance, which some cancers develop over the course of treatment (like bacterial superbugs with antibiotics).

Drug-resistant cancers are one of the primary challenges of cancer therapy and a focus of cancer research; complicating matters is that their hard-to-kill qualities come from complex causes.

According to the National Cancer Institute, the cancer cells themselves and where they are — the tumor’s microenvironment — have a bearing on drug resistance; the variety of cells in tumors may complicate treatment; and cancer cells that survive the initial attack will be selected for and become more difficult to kill.

Because healthy cells express less cathepsin B, the researchers believe the new drug will not attack healthy cells, limiting the harsh side-effects of cancer treatment.

“The cancer-specific drug-drug nanoparticles effectively inhibit drug resistance that lead to treatment failures in conventional chemotherapy and at the same time reduce toxicity in normal cells, so it is expected that it’ll be possible to use it as a new anticancer agent that can prevent the drug resistance and adverse effects,” Kim told GEN.

The drug-drug nanoparticle was tested in mouse models of breast and metastatic lung cancer, holding down tumor growth and improving their chance of survival.

But mice are not people, so it’s still early days. 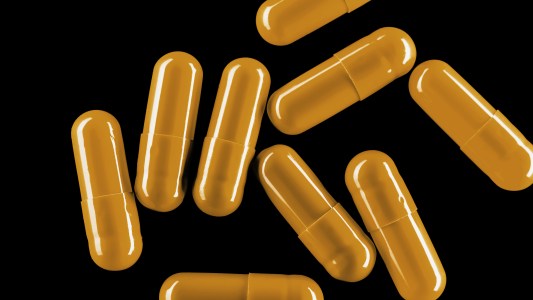 Scientists hope that fecal transplants from younger to older people could be used to treat age-related cognitive decline.

Medicine
Are fecal transplants the fountain of youth?
Subscribe to Freethink for more great stories
Subscription Center
Sections
Video
Freethink
Subscribe
We focus on solutions: the smartest people, the biggest ideas, and the most ground breaking technology shaping our future.
Subscribe