The secret to keeping your brain youthful may be inside a younger person’s gut. This month, scientists from the U.K. and Italy have found that fecal transplants from older to younger mice resulted in the younger mice acting… well, old.

The scientists hope that reversing the procedure (transferring fecal matter from younger to older) could one day be used to treat cognitive decline among the elderly (humans, that is).

The work adds to a growing body of research that links the brain and the gut microbiome (all of those microorganisms living in the digestive tract). So far, mental health issues, such as depression and anxiety, and cognitive functions, like memory, have been found to be loosely linked to what’s in our guts.

What hasn’t been clear is what causes this connection. It seems to be a complicated two-way street: changes in the brain can influence our gut microbiome, but changes in the gut can also alter our brain.

If we can successfully hijack this path to the brain, making changes in the microbiome may be able to treat many different cognitive disorders — including those related to aging.

From Young to Old

If there is a connection between the microbiome and aging, the scientists hypothesized, then younger mice would display some sort of impairment after receiving fecal matter from older mice.

After the transfer, the young mice underwent tests to determine changes in their brain function and behavior. The youngins showed no significant changes in anxiety levels, explorative behavior, or mobility.

However, they did display a decline in memory and spatial learning, measured through a maze test. The scientists also noticed that the expression of proteins associated with synaptic plasticity — as well as cells in the part of the brain responsible for learning and memory (the hippocampus) were altered.

“In short, the young mice began to behave like older mice, in terms of their cognitive function,” said Dr. David Vauzour, co-author of the study.

If we can successfully hijack this path to the brain, making changes in the microbiome may be able to treat many different cognitive disorders.

The work is still early (and #inmice), but it does indicate a strong connection — and in the future, we could see new fecal therapies aimed at improving the quality of life for the elderly.

Other than treating age-related decline, the fecal transplant is being studied as a treatment for a wide range of ailments: obesity and diabetes, urinary tract infections, autism, and even cancer.

It’s already become a common treatment for those with severe C.Diff, a debilitating digestive infection. (Although fecal transplants have not been approved by the FDA for any use.)

While the procedure has largely proven safe, one recipient died last year.

Would I…Really Want One?

As promising as all this sounds, it also sounds a little unappealing to have a stranger’s stool placed inside you. However, it’s not unsanitary. The donor’s stool (which often comes from a stool bank) is first screened for pathogens and then processed for medical use.

The donor stool can be delivered in a few different ways: via a plastic tube inserted through the nose into the digestive tract, straight to the colon via a colonoscopy, or just by swallowing a pill. 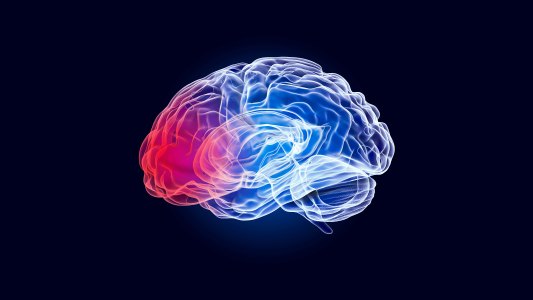 Researchers have now designed a rapid blood test that can help identify the severity of a brain injury in just fifteen minutes.