New research out of Montréal’s McGill University has identified what causes the sociability-increasing effects of LSD in mice.

Figuring out what is happening in the brains of mice on acid (which sounds … kind of adorable?) could eventually pave the way to developing human therapeutics for disorders like anxiety, autism, and addiction, the researchers hope.

“Social interaction is a fundamental characteristic of human behaviour,” co-lead author Gabriella Gobbi, a psychiatry professor at McGill and psychiatrist at the McGill University Health Centre, said in a release.

“These hallucinogenic compounds, which, at low doses, are able to increase sociability may help to better understand the pharmacology and neurobiology of social behavior and, ultimately, to develop and discover novel and safer drugs for mental disorders.”

Understanding the Effects of LSD

The psychedelic research renaissance is sweeping up all kinds of psychedelics, from classics psilocybin, MDMA, and ketamine — all the way to, uh, toad venom.

But they’re not all on the same place on the path from “controlled substance” to accepted science. There’s a rapidly growing pile of research on the effects of psilocybin and ketamine on depression, while MDMA’s efficacy against PTSD is well documented by now.

By comparison, there’s “not nearly as much basic science or clinical research going on with LSD,” LSU researcher Charles Nichols previously told me. (The CIA’s infamous MK-Ultra experiments in the 1960s were not, in fact, very scientific.)

Which isn’t to say we know nothing about how LSD works; Nichols’ father, for example, theorized that LSD causes neuron receptors to form something like a lid — a theory proven in a Cell paper in 2017.

But there’s still much to learn, and some French Canadian mice are helping us out.

Come On, Get Happy

Proponents of microdosing psychedelics claim that tiny doses — too low to be hallucinogenic — can help increase, as McGill puts it, “productivity, creativity, and empathy.”

For their experiment, the McGill researchers gave their mice minuscule doses of LSD (one likes to imagine on teeny little blotters, maybe with pictures of cheese on them).

Over the course of seven days, the mice showed an “observable increase in sociability.”

The main takeaway was being able to describe — in a mouse — the underlying mechanisms that result in the prosocial effects of LSD.

Now, brace yourselves, because here comes a major string of letters and numbers, even by Dope Science standards.

So, we already knew that LSD binds to a certain serotonin receptor, called 5-HT2A.

“The novelty of this research is to have identified that the prosocial effects of LSD activate the 5-HT2 receptors,” McGill postdoc, and study first author, Danilo De Gregorio said in the release.

That’s the important part, as mTORC1 “has been demonstrated to be dysregulated in diseases with social deficits such as autism spectrum disorder,” De Gregorio said.

Using a technique called optogenetics — inserting light-sensitive proteins into brain cells — the researchers were also able to discover that the prefrontal cortex is crucial to the prosocial effects of LSD.

With the mechanisms identified, the researchers are looking at LSD as a therapeutic for autism and anxiety disorders.

But first, they’ll test the effects of LSD on mice engineered to display traits resembling human autism and anxiety disorders.

“Their results are limited to LSD, and to mice, but they did a preliminary experiment that suggests something similar may be occurring in a rat,” Nichols, who has read the paper, wrote Freethink in an email.

That’s important, Nichols says, because mouse brains are a bit further afield from those of humans than are rats. When it comes to comparisons, the rat’s behavioral response to LSD is actually closer to a person’s than its mousey cousins.

“All in all though, I think it does provide some intriguing data regarding a potential therapeutic use of low dose LSD treatment for humans.”

Drugs
Meth addiction treatments are finally on the horizon
New antibody and drug therapies may soon help treat meth patients, who currently have no pharmacological interventions.
Up Next 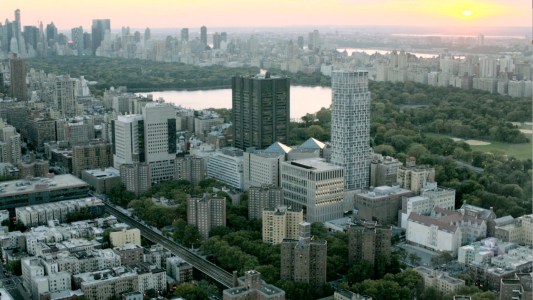 A pacesetting institution, the Icahn School of Medicine at Mount Sinai is opening a psychedelic research center focusing on MDMA and trauma.