An Alzheimer’s treatment under development at MIT uses light and sound to alter patients’ brain waves — and based on the newly published results of two small trials, it could be a safe way to improve memory while warding off brain changes linked to the disease.

While these studies are far too small to prove the treatment works, a much larger study is already in progress to put the therapy to the test, and it could finish by May 2025.

Brain waves 101: Our brains contain some 86 billion neurons, and these cells use small electrical pulses to communicate with one another. When many neurons are activated, the pulses can sync up and repeat in an organized fashion, creating a rhythm we call a brain wave.

People with Alzheimer’s may have weaker and less in-sync gamma waves.

Our brains aren’t limited to producing just one type of brain wave at a time, but usually, one type is dominant, and the type it is can often be linked to your level of alertness: delta waves may dominate when you sleep, while gamma waves might dominate when you concentrate intensely.

The idea: Researchers have previously observed that people with Alzheimer’s — a devastating neurological disease affecting more than 6 million people in the US alone — may have weaker and less in-sync gamma waves than people who don’t have the disease.

In a series of past studies, MIT researchers demonstrated a deceptively simple way to increase the power and synchronization of these waves in mouse models of Alzheimer’s: expose the animals to lights flickering and/or sounds clicking at a frequency of 40 Hz.

The animals also appeared to experience an array of benefits along with their boosted gamma waves, including memory improvements, slowed neuron loss, and lower levels of Alzheimer’s-associated proteins in the brain compared to controls.

The researchers believe this is because stronger, more in-sync gamma waves increase the connectivity between neurons, widen the vessels that clear waste, and improve the response of immune cells in the brain.

For a phase 1 trial — which is designed to assess safety but not efficacy — 43 people, including 16 with early-stage Alzheimer’s and two people with epilepsy who were scheduled to have brain surgery, underwent the 40-Hz GENUS treatment for a few minutes.

Brain activity in their frontal and occipital lobes was measured using scalp electrodes before, during, and after the sensory stimulation. In the epilepsy patients, activity was measured in deeper brain structures that were accessible during the surgery.

Based on those measurements, the power of gamma waves throughout the brain appeared to increase during treatment, and synchronization of gamma waves in the frontal and occipital lobes also improved. No major adverse events were reported, and the most commonly reported adverse event was sleepiness.

Home therapy: For a phase 2a trial, 15 people with early-stage Alzheimer’s were given a GENUS device to use in their home for an hour a day for at least three months. Each consisted of a light panel synced up with a speaker, with video cameras to monitor device usage.

The participants were then randomly split into two groups. Eight of them were exposed to 40-Hz light and sound through the GENUS device. The other seven received a sham treatment, consisting of constant light and white noise.

The participants underwent cognitive testing, EEG recordings, and MRIs to measure brain volume at the beginning and end of the trial. No serious adverse effects were reported, and participants in both groups used the device about 90% of the time they were supposed to.

“After such a short time we didn’t expect to see significant effects on cognitive measures, so it was encouraging to see that, at least on face-name association, the treatment group did perform significantly better,” said study leader Diane Chan.

In control participants, two measurements linked to the progression of Alzheimer’s — reduced hippocampus volume and increased ventricle volume — got worse over the course of the study, but didn’t significantly change within the treatment group. However, with just a handful of participants in each group, it’s hard to be very confident in these measurements.

Looking ahead: While these studies suggest that 40-Hz GENUS is safe and possibly even beneficial for Alzheimer’s patients, they’re far too small to prove that sensory stimulation works.

However, Cognito Therapeutics, an MIT spinout founded by senior author Li-Huei Tsai and co-author Ed Boyden, has already launched a phase 3 trial, in which about 500 people with Alzheimer’s will receive either daily 40-Hz audio and visual stimulation or a sham treatment for 9 to 12 months.

If this larger trial, dubbed HOPE, can prove the efficacy of the treatment, it could one day give people with Alzheimer’s a safer way to combat the disease that doesn’t put them at risk of serious side effects that can accompany some drugs. 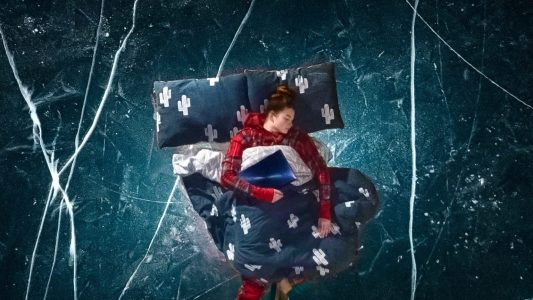 Researchers suggest that dreaming helps us generalize our experiences so that we can adapt to new circumstances.