Two drugs already approved by the FDA for psychiatric disorders may improve Alzheimer’s symptoms, according to a retrospective study from the University of Colorado. Patients who took the drugs didn’t just see a slowing of the disease but appeared to have actual improvements in cognition.

“The number of human drugs that have shown any benefit to [Alheizmer’s] patients are maybe one or two or three,” said senior author Huntington Potter. “So this is a very promising advance.”

While there’s a correlation between taking the drugs and improvements in Alzheimer’s symptoms, and a theory about why they could work, the data does not yet prove causation. Studies are now being planned to rigorously test the link.

The challenge: Alzheimer’s is an incurable brain disorder characterized by the loss of memory and thinking skills. It’s one of the leading causes of death in the US, killing more than 134,000 Americans in 2020, and that number is increasing every year as the population ages.

While we don’t know for sure what causes Alzheimer’s, we do know that people with the disease have an abnormal buildup of two proteins — amyloid and tau — in their brains and that this buildup increases as the disease progresses.

Based on that knowledge, most efforts to treat Alzheimer’s in recent decades have focused on those two proteins, but that approach isn’t getting us far. Since 2003, the FDA has approved only one new Alzheimer’s drug — and its approval was highly controversial, since the data didn’t show a clear benefit on symptoms.

The APOE4 gene is the strongest known genetic risk factor for developing Alzheimer’s — carrying one copy (as 15-25% of people do) increases your risk two- to three-fold, and if you’re among the 2-3% of the population that carries two copies, your risk is 8-12 times greater.

We don’t know exactly how APOE4 increases Alzheimer’s risk, but the protein helps carry fats through the bloodstream, and there’s a link between Alzheimer’s and the brain’s inability to process certain fats, so it may be tied to that.

The APOE4 gene is the strongest known genetic risk factor for developing Alzheimer’s.

Rather than trying to develop a new medication to target APOE4, the CU Anschutz team screened nearly 600 existing compounds in a NIH drug library for ones that blocked the protein’s effect on amyloid formation — and found eight.

Then they dived into a massive database of medical records.

“We then looked into the huge National Alzheimer’s Coordinating Center (NACC) database and asked what happened when someone was prescribed these drugs for normal indications but happened to be Alzheimer’s patients,” said Potter.

It turns out that Alzheimer’s patients who took two of the drugs — the antidepressant imipramine or the antipsychotic olanzapine — also saw their Alzheimer’s symptoms improve.

Looking ahead: There’s no proof that these medications directly caused the improvement in Alzheimer’s symptoms — it’s just a correlation at this point, and many correlations turn out to be random. To get proof of causation, the researchers would need to conduct prospective, placebo-controlled studies with Alzheimer’s patients.

They now plan to test the drug with fewer side effects (imipramine) on a rodent model of Alzheimer’s. If the tests go well, the fact that the drug is already FDA approved and commonly prescribed should speed the path to human trials — and potentially, approval as an Alzheimer’s treatment. 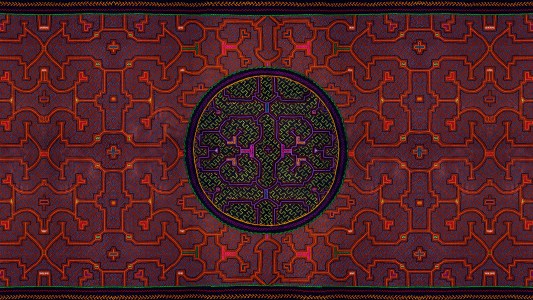 Drugs
Yale study of DMT for depression is encouraging
Subscribe to Freethink for more great stories
Subscription Center
Sections
Video
Freethink
Subscribe
We focus on solutions: the smartest people, the biggest ideas, and the most ground breaking technology shaping our future.
Subscribe