In August 2022, British researchers will harvest their first crop of a gene-edited wheat that could one day let you enjoy your favorite toasted cereal without worrying if it might be raising your risk of cancer.

The challenge: Many plants, including wheat and potatoes, naturally contain a compound called asparagine. When those plants are exposed to high temperatures — like in an oven or a fryer — the compound can turn into acrylamide.

“Acrylamide has been a very serious problem for food manufacturers since being discovered in food in 2002,” Nigel Halford, a crop scientist at Rothamsted Research, explained in 2021. “It causes cancer in rodents and is considered ‘probably carcinogenic’ for humans.”

“It occurs in bread and increases substantially when the bread is toasted,” he continued, “but is also present in other wheat products and many crop-derived foods that are fried, baked, roasted or toasted, including crisps and other snacks, chips, roast potatoes and coffee.”

Gene-edited wheat: Studies in people suggest the amount of acrylamide that’s actually in food isn’t likely to be related to an increased risk of most common cancers, but given that we eat a lot of foods that contain at least some of the compound, regulators have taken an interest in it.

The FDA has provided suggestions for ways the agriculture industry can reduce acrylamide in food, but the European Union appears poised to take a stricter approach, setting limits on acrylamide levels in food.

In greenhouse trials, some edited plants saw a 90% reduction in asparagine.

To help ensure UK wheat products don’t exceed those limits, Halford and his colleagues have developed a new variety of wheat, using the gene-editing technology CRISPR to knock out a gene linked to asparagine production.

In greenhouse trials, some edited plants saw a 90% reduction in asparagine, and the group is now running a field trial expected to end in 2026. The first harvest will start in summer 2022.

“We believe that asparagine levels can be reduced substantially in wheat without compromising grain quality,” said Halford. “This would benefit consumers by reducing their exposure to acrylamide from their diet, and food businesses by enabling them to comply with regulations on the presence of acrylamide in their products.”

The big picture: Even if the gene-edited wheat exceeds all of the UK researchers’ expectations, it still might never make it into Europeans’ breakfast bowls — gene-edited foods are regulated as GMOs in the European Union, which essentially bans the technology.

But because the UK left the EU in 2020, Parliament is now considering a law that would lift this ban for gene-edited crops, allowing for the sale of foods edited to be healthier or less environmentally taxing. GMOs produced with older technology would still be prohibited.

It’s worth repeating that we don’t know for sure that acrylamide causes cancer in humans or how much of it a person would need to eat to experience a negative effect — it could be way more than a human is capable of ingesting.

But the data does lean toward it being a probable carcinogen, so the gene-edited wheat may be healthier, even if the precise benefit is hard to calculate. 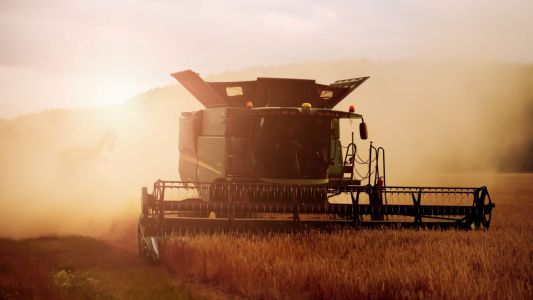 This marks a historic moment in humanity’s relationship to the planet.

Agriculture
After millennia of agricultural expansion, the world has passed “peak agricultural land”
Subscribe to Freethink for more great stories
Subscription Center
Sections
Video
Freethink
Subscribe
We focus on solutions: the smartest people, the biggest ideas, and the most ground breaking technology shaping our future.
Subscribe