Armed with a £30 million grant from the British Heart Foundation, an international team of researchers from the UK, US, and Singapore is setting their sights on curing forms of genetic heart disease using gene therapy.

Called the CureHeart Project, the team — which includes researchers from Oxford, Harvard, Singapore’s National Heart Research Institute, and pharma multinational Bristol Myers Squibb — will develop therapies for inherited heart muscle conditions, which impact millions and can cause sudden death, including in young people.

They plan to tackle the problem using two types of targeted techniques, called base editing and prime editing.

Many of the mutations seen in these patients come down to one fateful letter in their DNA code, Christine Seidman, professor of medicine and genetics at Harvard Medical School and co-lead of CureHeart, told The Guardian.

“That has raised the possibility that we could alter that one single letter and restore the code so that it is now making a normal gene, with normal function,” Seidman said.

The team’s work is building on successful demonstrations in animals.

“Our goals are to fix the hearts, to stabilise them where they are and perhaps to revert them back to more normal function,” Seidman said.

Fixing genetic heart disease: Inherited heart muscle diseases cause abnormalities in the heart, which are passed on through families.

Many different mutations can cause them, but in total, they affect one out of every 250 people around the world, Hugh Watkins, CureHeart’s lead investigator and the director of Oxford’s British Heart Foundation Centre of Research Excellence, told The Guardian.

People of any age can fall victim to sudden heart failure and death, and there is generally a 50/50 chance of passing the problem along to their children.

But decades of genetic research and recent innovations in gene therapy have researchers believing that gene editing may be the answer — and even, eventually, the cure.

“After 30 years of research, we have discovered many of the genes and specific genetic faults responsible for different cardiomyopathies, and how they work,” Watkins said.

Inherited heart muscle conditions impact millions of people, and can cause sudden death.

By using prime and base editing — very precise tools for editing DNA — the team hopes to develop an injectable cure to repair faulty heart genes, the British Heart Foundation said in a release.

“We believe that we will have a gene therapy ready to start testing in clinical trials in the next five years,” Watkins told The Guardian.

According to CureHeart, their genetic goals are twofold.

When the cause is a fault in one copy of a gene, which stops the healthy copy from working, they want to switch off the faulty copy; their second approach will be to edit the broken gene sequence itself, to correct it. They’ve demonstrated both methods in mouse models.

Delivering cures: To achieve those goals, the team is turning to two different precision gene editing techniques: prime editing and base editing.

Both enable researchers to edit DNA strands without completely slicing through them (unlike the earlier CRISPR techniques). Prime editing allows researchers to insert or remove certain parts of the genome more precisely, with less collateral damage and fewer errors.

“We may be able to deliver these therapies in advance of disease, in individuals we know from genetic testing are at extraordinary risk of having disease development and progressing to heart failure,” Seidman told The Guardian.

“Never before have we been able to deliver cures, and that is what our project is about. We know we can do it and we aim to get started.” 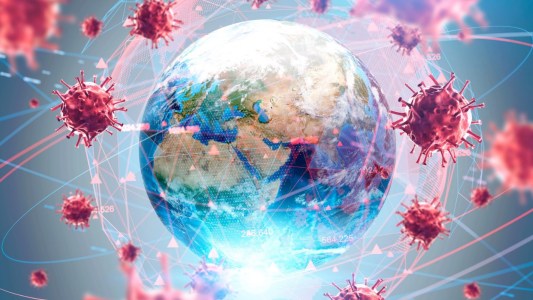 All currently licensed COVID-19 vaccines target the spike protein’s S1 region, which is prone to mutations. We need a universal vaccine.

Coronavirus
Researchers may have created a universal coronavirus vaccine
Subscribe to Freethink for more great stories
Subscription Center
Sections
Video
Freethink
Subscribe
We focus on solutions: the smartest people, the biggest ideas, and the most ground breaking technology shaping our future.
Subscribe