A Chinese genetics company says it can sequence a whole human genome for just $100 — and affordable genome sequencing could yield huge benefits in both individual healthcare and global medical research.

But before we get into those benefits, it makes sense to go over what genome sequencing — and a genome — is in the first place.

Remind Me, What Exactly Is Genome Sequencing?

Every organism has a genome that functions like its biological instruction manual — the contents of the manual determine what the organism will look like and how it will function. A genome is made up of an organism’s DNA.

Human DNA contains four bases (bases bind the DNA’s double helix together) — adenine (A), guanine (G), cytosine (C), and thymine (T) — which always pair up A with T and G with C. The order of the pairs along the DNA ladder, however, varies.

Genome sequencing is the process of figuring out the specific order for all those pairs for an entire organism.

Lowering the Cost Could Have Huge Benefits for Everyone

In 2003, the Human Genome Project announced that it has sequenced the 3 billion DNA base pairs in a human genome for the first time, a process that required 13 years of effort and about $2.7 billion in funding.

It’s now less than $1,000, which may be just a fraction of the cost of sequencing the first human genome, but it’s still more money than the average person can afford to spend — and the goal is to make the process affordable for everyone.

Once that’s possible, individuals will be able to benefit from better, more personalized healthcare.

A doctor will be able to look at a patient’s sequenced genome to learn what health problems they might be genetically susceptible to or what treatments might be more or less likely to be effective.

Doctors will be able to look at a patient’s sequenced genome to learn which health issues they might be susceptible to.

The global research community will also benefit as cheaper sequencing will likely translate to more sequenced human genomes, which they will be able to analyze, looking for patterns or variables that could influence future healthcare.

For example, by analyzing a database of 100,000 sequenced genomes, researchers in the U.K. recently discovered a link between bowel cancer and a common gut bacteria that could influence future treatment for the disease.

For more than a decade, researchers have been throwing around $100 as the target price for making genome sequencing available to everyone — and on February 26, China-based genetic sequencing company MGI announced that it had developed the technology needed to finally reach that goal.

During the last presentation at Florida’s annual Advances in Genome Biology and Technology conference, MGI revealed that it had developed DNBSEQ-Tx, a platform that can sequence 700 genomes at a time, which is far more than any currently available sequencer.

It’s that high volume, combined with a unique new sequencing chemistry and a robotic arm, that drives down the per genome cost — sequence fewer than 700 genomes at once, and you’re going to pay more per genome.

If the sequenced genomes of just 100,000 people are already facilitating new medical discoveries, just imagine what researchers might find if they can get their hands on one million — and if MGI’s system works like it claims, that could soon be the case. 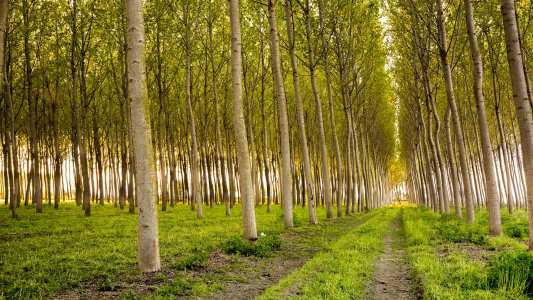 The number of poplar trees around the world has doubled, but a chemical compound in their leaves means they might be doing more harm than good.