Bad news for you, Guinea worm. You made a powerful foe in Jimmy Carter, and the former president/peanut farmer/Habitat for Humanity home builder has been campaigning since the 1980s towards one goal: global eradication of Guinea worm disease.

Decades of work has put the elimination of human Guinea worm disease in sight.

On January 26, The Carter Center announced that only 14 cases of human Guinea worm disease were reported anywhere in the world in 2021, the AP reported. That’s down from millions each year, decades ago, now tantalizingly close to zero.

The near eradication of the parasitic infection is the result of years of public health work, putting the realization of Carter’s dream potentially in reach in his lifetime.

“To say that we only have 14 human beings on a planet of almost 8 billion people is quite a phenomenal track record for the Guinea worm program,” Adam Weiss told the AP.

Weiss is the director of The Carter Center’s Guinea Worm Eradication Program, which has waged war on the worm since 1986. Public health officials have managed to corner Guinea worm disease into just four countries in 2021: Ethiopia, Chad, Mali, and South Sudan.

Guinea worm disease would be just the second human disease ever eradicated, along with smallpox.

A painful parasite: Guinea worm disease (dracunculiasis) is caused by the water-borne parasite. Most people catch Guinea worm diseases through stagnant, foul water; it most often impacts the rural and impoverished, who don’t have access to clean water.

According to the WHO, Guinea worms begin their life cycle as floating larvae. These larvae infect tiny water fleas, and humans can accidentally swallow the worm-filled water fleas — which is when the horror begins (if you’re squeamish, feel free to skip to the end of this section).

The water fleas die inside the stomach, but the Guinea worm larvae are merely set free. Burrowing through the intestinal wall, the worms wander the body until the fertilized female Guinea worm is ready to begin the next part of the parasite’s life cycle.

The female Guinea worm, which can be three feet long, burrows out of its host, causing a burning sensation and pain.

About a year after the worms invade, the female Guinea worm — or worms — make their way to their egress point, which is usually on the lower leg. Then they emerge.

A small, painful blister forms, and the Guinea worm, which can be up to three feet long, forces its way out of its host, accompanied by burning sensations and pain. To help ease their suffering, people will often dip their legs into the water — which is exactly what the Guinea worm wants. Once submerged, she releases her larvae, starting the cycle all over again.

There is no vaccine to ward off Guinea worm, no drug to treat it; indeed, the treatment is about as horrific and painful as the disease itself. Once it emerges, the Guinea worm can be slowly, carefully removed by being wrapped around a small stick, an agonizing centimeter at a time.

The process often takes weeks, and may be the origin for the Rod of Asclepius — the traditional symbol of medicine.

War of the worm: Public health bodies set their sights on the eradication of Guinea worm disease in 1981 — one year after smallpox was eradicated — with Carter throwing his weight behind the effort soon after.

While not yet complete, the success has been staggering; according to the CDC, in 1986, there were an estimated 3.2 million cases of dracunculiasis.

Eliminating the infection means eliminating the conditions the worm thrives in. Water filtration, health education, treatment with anti-larvals, and providing clean water have helped turn Guinea worm from a common plague into, as the Atlanta Journal-Constitution put it, the memories of elders.

There have been complications, however. Where once it was water fleas that were the main vector, people have more recently become infected by eating fish or other creatures. According to the CDC, the presence of the worms in domestic dogs in Chad, and in places with “civil unrest and insecurity,” like Mali and South Sudan, are the biggest problems standing between us and a world free of Guinea worm disease.

Eliminating these final few cases will be difficult, Weiss told the Journal-Constitution, and The Carter Center, WHO, CDC, and other combatants are feeling “a great sense of urgency in that we are at those final few inches.” 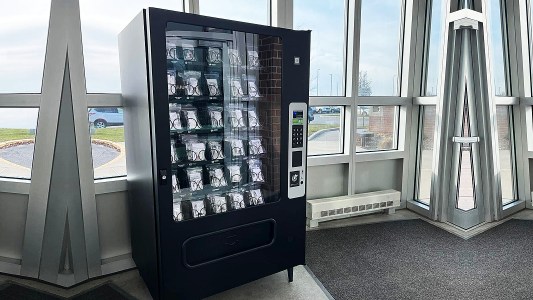