Tyrrell Conway was a long way from Stillwater, Oklahoma.

On a visit to ETH Zurich, the world-class university in the heart of the largest Swiss city, the Oklahoma State microbiologist was meeting with fellow researcher, Andrew MacPherson.

The two spent an entire afternoon talking about their shared interest: E. coli, the ubiquitous bacteria, which both beneficially colonizes the human gut and can make us terribly ill.

Now, their collaboration has led to a new understanding of how E. coli acts inside us. Using a tool called Record-Seq, the Zurich researchers can use fecal samples and DNA analysis to paint a complete picture of the bacteria’s body-bound life cycle.

“Neither of us imagined then that we would someday work together on this project,” Conway said in a statement.

Gut feelings: Bacteria aren’t just “out there,” hanging out on door handles, sandwiches dropped on the floor for more than 5 seconds, and meat left out in the temperature danger-zone.

No, bacteria are in you — right now, living their little lives and doing their little things, which in some cases can be beneficial. They form a complex ecosystem within your gut.

But despite their intimate closeness, there’s precious few ways for us to study them, Platt said, making the human intestines a “black box.”

Sentinel cell: In their study, published in Science, the researchers used the genetic tool Record-Seq to create E. coli that can log what the bacteria has been sensing and doing as it makes its way through the gut.

The idea was to turn the E. coli into “sentinel cells” that can safely travel through the intestinal tract and give us insights into the health and disease of our gut non-invasively, Platt told GEN.

Record-Seq, which was invented by Platt, works by programming the bacteria to capture snippets of their own mRNA using their CRISPR system, a weapon that bacteria evolved to fight viruses, which has become scientists’ go-to tool for gene editing.

By snagging those pieces of its own mRNA, the bacteria can keep a log of which genes were active during their journey.

“Bacteria are very good at registering environmental conditions and adapting their metabolism to new circumstances such as dietary changes,” said MacPherson.

Because bacteria are so sensitive, turning on and off genes as their environment changes, a record of their mRNA could tell us what is happening throughout their journey in the gut — an E. coli captain’s log.

“This new method lets us obtain information directly from the gut, without having to disturb intestinal functions,” MacPherson said, like via endoscopies, which are not only unpleasant for patients but requires emptying the bowels — not exactly a realistic observation.

Bacteria may one day tell us how diet is really impacting the gut and what roles it may have in health, as well as better determining dietary status to diagnose malnutrition.

When tested in mice, the researchers were able to determine genetic signatures related to diet, the host’s microbiome, and signatures of inflammation logged by the bacteria.

The team hopes to one day use their sentinel cells to ascertain how diet is really impacting the bacteria of the gut, and what roles it may have in health, as well as better determining dietary status to diagnose malnutrition. 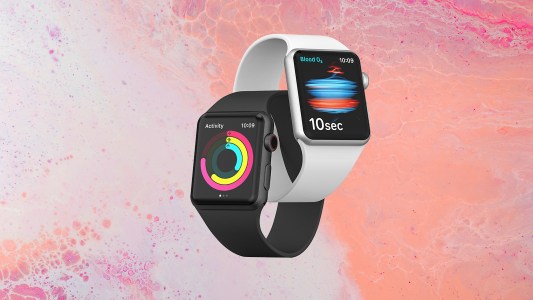