In a new study in pigs, a close model for human hearts, the therapy led to new cell growth and enhanced cardiac function after a heart attack.

Why this matters: The heart can build new muscle and possibly mend itself, but the pace is so sluggish that it usually cannot repair the extensive damage produced by a heart attack. That’s why, in the aftermath of a heart attack, scar tissue often forms instead of functional muscle tissue.

“This is a potentially transformational strategy to treat human heart failure.”

A damaged heart is a scary thing, and for good reason. Within five years of their first heart attack, almost 20% of people aged 45 and older will have another. Finding therapeutic ways to better those odds is critical.

“Patients suffering from heart failure have very limited treatment options, and up to this point, it had essentially been impossible to bring heart muscle back in humans following an injury regardless of available technology and knowledge,” James Martin, lead researcher on the team, said.

A pig’s heart: Pig hearts are, perhaps surprisingly, a good model for studying the human heart.

In a study in Science Translational Medicine, the team from Baylor College of Medicine and the Texas Heart Institute measured heart function in two groups of pigs that had heart attacks. The team gave the first group a gene therapy to turn off the Hippo signaling pathway, while the other group’s remained active.

Next step, human trials: “We were excited by the results,” said Shijie Liu, lead author of the study. “Three months after we treated the pigs, those that received the gene therapy had improved their heart function, showed signs that their cardiomyocytes were regenerating, had less fibrosis or scarring and had evidence that new blood vessels had formed. The procedure was shown to be safe since the pigs tolerated the therapy very well.”

The study brings the team one step closer to testing this gene therapy in human trials.

“This is a potentially transformational strategy to treat human heart failure,” co-author James Martin said. “It taps into the healing capacity of the heart, promoting heart muscle self-repair and improved function, which can make a substantial difference in the lives of those who suffer a heart attack.” 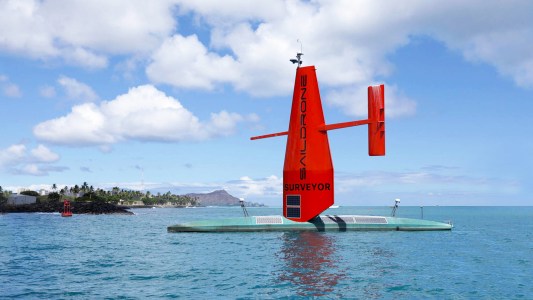 The Saildrone Surveyor could change how we understand the ocean.

Oceans
Autonomous boat maps seafloor from San Francisco to Hawaii without a human crew
By Jesse Damiani
Subscribe to Freethink for more great stories
Subscription Center
Sections
Video
Freethink
Subscribe
We focus on solutions: the smartest people, the biggest ideas, and the most ground breaking technology shaping our future.
Subscribe