Japanese pharmaceutical firm Eisai and its partner, Cambridge-based Biogen, have announced that their drug slowed cognitive decline in Alzheimer’s in a global trial.

The drug, an antibody called lecanemab, slowed the rate of cognitive decline in volunteers by 27% compared to those receiving a placebo in the large, late-stage trial.

The companies plan to present full study results on November 29 at the Clinical Trials on Alzheimer’s Congress (CTAD), with publication in a peer-reviewed journal forthcoming; for now, the release of top line data is basically all that we know.

A scientific graveyard: Any sign of progress in Alzheimer’s treatment sets scientists, doctors, patients, and advocates on high alert. Previous drugs have either failed to work or given cloudy results, at best — as was the case with Biogen’s previous, controversial Alzheimer’s drug, aducanumab.

The field is a therapy graveyard.

Despite the setbacks, researchers have doggedly pursued treatments for decades, and the need is great — and will only get greater as populations age. The Alzheimer’s Association estimates that the number of Americans suffering from the disease is 6.5 million in 2022; by 2050, they project the number of people over 65 with Alzheimer’s to nearly double to 12.7 million.

The results for the lecanemab study represent “an important milestone for Eisai in fulfilling our mission to meet the expectations of the Alzheimer’s disease community,” Eisai CEO Haruo Naito said.

“Alzheimer’s disease not only presents a great challenge for patients and their families, but it also negatively impacts society, including decreased productivity, increased social costs and disease-related anxiety. We believe that helping to alleviate these burdens will positively impact society as a whole.”

The drug is an antibody designed to bind to a protein in the brain associated with Alzheimer’s disease.

The drug: The drug is an antibody designed by Eisai and Swedish biotech BioArctic.

While we usually think of antibodies for bacteria or viruses, these Y-shaped proteins can be tuned to stick to numerous targets. In this case, lecanemab is designed to bind to a protein in the brain associated with Alzheimer’s disease.

A clinical hallmark of Alzheimer’s is the build up of two proteins in the brain, referred to as plaques and tangles. A protein called amyloid-beta (Aβ) forms plaques, while another protein called tau creates the tangles. Amyloid has long been the frontrunner in the search for a cause of Alzheimer’s, with the amyloid hypothesis getting the lion’s share of scientific attention and capital.

The new antibody binds to and clears the amyloid-beta (Aβ) aggregates in the brain that many researchers believe cause neurodegeneration. The idea is that the antibody can help slow or delay mental decline. Unlike the previously approved aduhelm, lecanemad aims for the proteins before they have clumped together, Reuters reported.

The study: The study, called Clarity AD, was a placebo-controlled, double-blind, randomized phase 3 study, designed to test if the drug works.

The 1,795 patients had early Alzheimer’s disease, and were split randomly into placebo and antibody groups, with neither the patients nor the researchers knowing who was getting what. The treatment group received 10mg of lecanemab intravenously bi-weekly.

According to the companies, the group included patients with a wide range of comorbidities, including diabetes, heart disease, and obesity, as well as diverse ethnic and racial groups.

“Due to the inclusive eligibility criteria and the successful recruitment of diverse ethnic and racial populations in the U.S., Clarity AD’s population is generally comparable to the country’s Medicare population,” the companies stated.

To assess the progress of neurodegeneration, the researchers used the Clinical Dementia Rating-Sum of Boxes (CDR-SB) model.

The results: Eisai and Biogen arrived at their conclusion — that the antibody slowed decline compared to the placebo — using the scores from the CDR-SB.

As STAT explained, on the 18-point CDR-SB scale, lecanemab patients had a .45-point difference from the placebo group after 18 months — a 27% reduction in the rate of cognitive decline.

Statistically significant differences (meaning “distinguishable from random noise,” not necessarily clinically important) were seen between the groups as early as 6 months into treatment, according to the companies.

No patients saw their cognition scores improve; the drug is not designed to make people better, but to slow down their getting worse.

As to the drug’s safety, 12.5% of treatment patients had signs of swelling in the brain — a common side effect of these kinds of therapies, FierceBiotech noted — but only 2.8% showed symptoms.

The Alzheimer’s Association estimates that by 2050 the number of Americans over 65 suffering from the disease will be 12.7 million.

The results are “the first definitively positive large clinical trial to show that you can indeed slow down Alzheimer’s disease at this very early symptomatic stage,” Ivan Cheung, the chairman and chief executive of Eisai, said in a reporter briefing, per the New York Times.

But just what these results mean, both for the amyloid theory of Alzheimer’s and, most importantly, for patients still remains to be seen — and experts are divided.

The conversation: As experts have pointed out, the results are currently being taken at face value from a press release; more detailed data will be forthcoming later in the year.

Eisai and Biogen characterize that 27% relative difference as very important, but just how important is up for debate. Perhaps most important is the question of whether this slowing of decline will be noticeable for patients and their caregivers.

The drug’s effect “is small and would not be considered by many as a minimally clinically important difference,” Lon Schneider, director of the California Alzheimer’s Disease Center at USC, told the NY Times.

However, Schneider recognizes that “others would strongly disagree and say it’s clinically meaningful,” he told the NY Times.

The drug may also be most impactful at early stages, which the study patients were in. “I’m cautiously optimistic that it could be potentially meaningful for those folks who are in the mild stage,” Mia Yang, a Wake Forest geriatrician, told STAT. 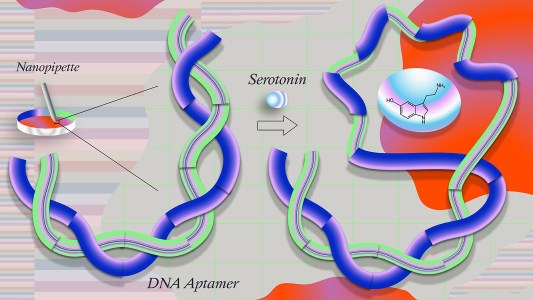 Researcher Nako Nakatsuka has turned to DNA to tackle an important challenge: how do we measure chemicals in the brain?