The global resurgence of measles has sparked renewed scientific interest in this old foe. The viral disease, which begins with fever, cough, and conjunctivitis before progressing to its signature spots and rashes, has flared up around the world, predominantly in communities where children have not been administered the measles vaccine.

Some scientists think the measles virus has the ability to wipe the immune system’s “memory,” reducing the body’s ability to fight off old infections.

Over 1,200 cases have been reported in the U.S. this year, according to the CDC — a massive spike from last year and the most in almost three decades. Across the Atlantic, the BBC reports that the United Kingdom has officially lost its measles-free status again, just three years after the virus was declared eliminated from the country.

While the virus is most dangerous in children (a danger that can be easily avoided through a measles vaccination), it may also harbor a nasty side effect: some scientists think it has the ability to wipe the immune system’s “memory,” reducing the body’s ability to fight off old infections.

If the theory — which is contested — turns out to be true, a measles infection could be less an isolated bout of illness and more a Pandora’s box.

“Making You Play the Lottery Again”

Michael Mina, an associate professor at Harvard’s School of Epidemiology, is the leading voice on “immune amnesia,” the theory that your body’s immunity to past infections can be reduced or erased by certain diseases. Mina tells NPR that evidence is accumulating that the measles virus, in particular, may wipe out those immune memories.

When measles vaccination began in earnest in the early 1960s, scientists noticed a sharp decrease in fatalities among children, not just from measles but also a raft of other infectious diseases.

“The virus preferentially infects cells in the immune system that carry the memory of previously experienced infections,”

In 2015, Mina and his colleagues conducted an in-depth statistical analysis, hoovering up data from the 1940s onward, which found that deaths from other childhood infections also increased following a measles outbreak. In 2018, a team in Rotterdam found a similar correlation among the unvaccinated children of Orthodox Protestants who live in the “Dutch Bible Belt.”

“Every time we don’t die from an infection, we can basically think of it as, we got lucky,”

This correlation could have many explanations, but Mina and others point out that measles specifically targets the body’s ability to defend itself.

“The virus preferentially infects cells in the immune system that carry the memory of previously experienced infections,” Rik L. de Swart, the leader of the Dutch team, told Science News.

The immune amnesia theory hinges on this mechanism. If a lot of these cells — aptly named memory B and T cells — are killed off in the measles infection, it might degrade the immune system’s defenses. Without its memory intact, the body becomes more vulnerable again to infections it has seen before.

“Every time we don’t die from an infection, we can basically think of it as, we got lucky,” Mina told NPR. When a child is infected with measles, the virus is “basically making you play the lottery again.”

The Measles Vaccine Could be an Immunity Booster

Christine Stabell Benn, Professor of Global Health at the University of Southern Denmark, believes what Mina and de Swart are describing as immune amnesia may be just the opposite.

Benn suggests that the measles vaccine may provide a “non-specific immunity benefit,” offering protection not just from measles but strengthening the immune system as a whole: “This is a pattern we’ve seen now for four live vaccines.”

The BCG tuberculosis vaccine, the oral polio vaccine, and the smallpox vaccine have also been found to help beef up the immune system against pathogens other than their specific targets, Benn says. This demonstrated immune effect may better account for the patterns seen in Mina’s data.

Studies Benn has co-authored have also found a general immune system strengthening in people who have received a measles vaccination. General immunity boosts from vaccines have even been observed across different types of pathogens: people who receive the tuberculosis vaccine—a disease caused by bacteria—have shown in experiments to have some increased resistance to the yellow fever virus. Needless to say, the differences between a virus and bacterium are vast and many.

“This is a pattern we’ve seen now for four live vaccines.”

Creating opposing theories for the same problem is a feature of science, not a bug, and who wins matters less, from a public health perspective, than that the right answer is ultimately found. But the answer is not academic: the implications may be life or death. If the general immunity benefits of the smallpox vaccine were real, for instance, ceasing to use that vaccine when smallpox was eradicated may have left us more vulnerable to other diseases.

Ed. note: This piece has been updated from an earlier draft. 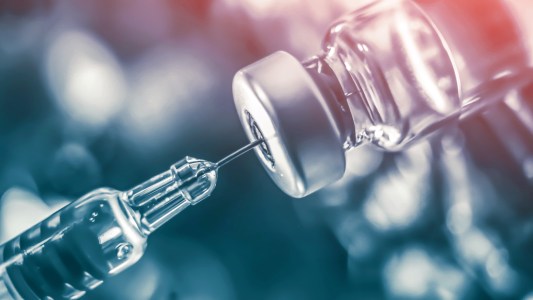 Traditional methods of vaccination have come up against difficult challenges. They can also be expensive and time-consuming to produce. New RNA vaccines are faster, cheaper, and safer, and show great potential to meet evolving threats.

Medicine
RNA vaccines could change everything in the fight against disease
Subscribe to Freethink for more great stories
Subscription Center
Challenges
Video
Freethink
Subscribe
We focus on solutions: the smartest people, the biggest ideas, and the most ground breaking technology shaping our future.
Subscribe