A new breed of tiny machines can carry out tasks in the smallest corners of the body — cells. These medical nanobots have the potential to act as smart drug delivery systems, carrying drugs to infected cells while bypassing healthy ones.

Take cancer, for example. The disease is caused by gene damage that makes cells divide rapidly. Chemotherapy is often an effective treatment because it attacks and kills dividing cells. On the downside, chemo still attacks some healthy cells in the crossfire, causing hair loss, nausea, and easy bruising. Chemo can’t tell healthy cells apart from cancerous cells. It just kills anything that divides faster than normal.

But what if tiny medical nanobots could sense their environment and bring drugs only to diseased cells? Si-ping Han, a bioengineer at the City of Hope National Medical Center in Duarte, California, says this is likely to soon be a reality. He expects to see medical nanobots ready for human clinical trials in the next few years.

“The current state of the field is on the cusp of entering into real applications,” he says, commenting on the field of nanorobots in medicine. “You’ll see new types of structures that can go into cells, examine the genes that are being expressed in the cells and react to them.”

But for that to happen, Han says our current drugs need a new type of smarts. The nanomachines will need to sense cells’ biochemical environment, diagnose their disease state, and then respond by triggering a drug activity. They do that, scientists engineer DNA to fold into a shape like origami. Once deployed in the body, a DNA nanobot acts like a tiny molecular motor that seeks out unhealthy cells, like cancer, and injects them with a deadly payload.

In 2018, researchers demonstrated that these medical nanobots had the potential to cure cancer, in mice, by delivering a drug directly to cancerous cells, effectively choking off their blood supply.

“Instead of talking about a simple chemical that does the same thing everywhere, you’re now talking about a machine that can sense and respond to the environment,” Han says.

Even though medical nanobots have only been proven in animal studies, so far, they show major promise for humans. These tiny, cancer-killing smart missiles could be a huge breakthrough for cancer treatment, thanks to the nanomachines’ precision. By steering clear of healthy cells, patients can combat their cancer more aggressively, hitting it harder and longer, without the side effects that often interrupt treatment. 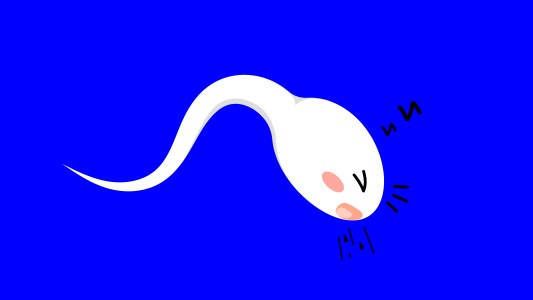 Fertility
Breaking the taboo of male infertility
Subscribe to Freethink for more great stories
Subscription Center
Sections
Video
Freethink
Subscribe
We focus on solutions: the smartest people, the biggest ideas, and the most ground breaking technology shaping our future.
Subscribe