Millions of Americans are dealing with depression caused by traumatic brain injuries (TBIs), but current therapies are limited by our incomplete understanding of the causes of (and treatments for) depression. But scientists are gradually tying together information from brain scans, self-reported symptoms, and therapeutic treatments that may help us learn how to better heal the brain.

A new study shows that cognitive training classes—basically, teaching new information or strategic thinking—are associated with reduced depression, thickening in the cortex, and regrowth of neural connections damaged by TBIs. In other words, cognitive therapy like this can literally heal brain damage. It’s the first study to tie all of these factors together, but it’s part of a growing body of research that is changing how we think about psychological disorders.

Fragile, Resilient Jell-O: The human brain is (scientifically speaking) a bunch of Jell-O squished into a ceramic jar, so it doesn’t take a lot of shaking to mess with it. And, given our tendency to drive around at high speeds, hit each other, fall down, and do other risky things with our jars, it’s no surprise there are a lot of brain injuries. The CDC estimates that 2.8 million Americans suffer a traumatic brain injury every year, mostly in concussions from accidents and falls.

But despite how sensitive the brain is, it is also by design quite resilient: 75% of TBIs result in only a brief loss of consciousness or disorientation, and over 90% recover without a long-term disability. That’s a remarkable recovery rate for a serious injury to a sensitive organ. But even if a brain injury doesn’t result in permanent disability, it often carries lasting consequences, including chronic depression and PTSD.

The Treatment: Researchers at the Center for BrainHealth at UT-Dallas used psychological tests and fMRI scans to see how people with long-term depression from a TBI could benefit from cognitive training. Participants were assigned to classes that either taught simple information or “strategic thinking”—ways to focus, think abstractly, and so on. Subjects attended a dozen 90-minute classes, completed tests and homework, and worked on projects in small social groups. Researchers scanned their brains before the course, immediately after, and then again three months later.

The Results: The treatment resulted in significant improvement in depression, PTSD, and daily functioning. Average scores on a “depression index” were reduced by almost a third, and nearly 60% of the treatment group transitioned from severe to “minimal” depressive symptoms. The different content of the classes (factual learning vs. cognitive strategies) didn’t make a difference in this case, and neither did the fact the cognitive training wasn’t directly designed to control depression (unlike some other cognitive therapies). Even better, the improvement in depression continued even after the treatment ended.

Brain scans showed that less depression was correlated with thickening of the cortex and restoring neural network connectivity. This builds on studies showing that major depression is connected to thinning in the cortex, and other effective treatments for depression (including drugs, electroconvulsive therapy, and cognitive behavioral therapy) also increase cortical thickness.

Okay… So What’s Going On? There’s a lot of moving parts here, but the basic theory looks like this:

1. Brain trauma can scramble your neural networks and cause thinning in your cortex, resulting in depression, PTSD, and trouble functioning in daily life. Psychological problems often persist for years after recovery the initial injury.

2. Cognitive training classes (it doesn’t seem to matter what they’re about) can reduce symptoms of depression. These improvements in wellbeing are correlated (in time and degree) with physical growth and thickening in the prefrontal cortex.

The prefrontal cortex is strongly associated with the ability to suppress unwanted thoughts and regulate mood, so it makes sense that if it’s healthy, depression and PTSD are easier to control. But how does step two work, exactly? You just do a class about whatever, and then you get better?

The truth is that there isn’t direct evidence of what specifically patients’ brains responded to, but researchers have a few ideas about why the cognitive therapy makes a difference (even if the content doesn’t). The study’s lead author speculates that “social engagements, cognitive stimulation from new learning opportunities and hope of improvement afforded by both programs may help explain the reductions in depressive symptoms.”

That’s not a satisfying answer, and it’s tempting to read him as saying cognitive training is “just a placebo.” But what does it mean to call something a placebo for a psychological problem? If therapy, socializing, and a hopeful outlook work to repair physical damage and psychological harm, that just sounds like regular old medicine. What we’re learning from brain scans is that mental exercises and social interactions have physical, quantifiable effects on the brain, and those effects can lead to improvements in subjective mental health. But it’s possible that you have to be “bought in,” mentally, for them to be most effective.

The Upshot: People are natural dualists, so we tend to divide stuff into things that are “real” (like chemicals, electricity, physical trauma) and stuff that’s “just in your head.” But given our increasing scientific knowledge about how the mind works, this just isn’t a useful way to think about it anymore. Antidepressants can change your brain chemistry and therefore affect your mental state. But brain studies are showing us that the brain can be dramatically altered by stuff that feels more ephemeral, like thoughts, conversations, and human interactions. It turns out what’s “just in your head” is, literally, what’s in your head.

This matters for how we approach mental health. Connecting psychology and neurology in more concrete ways will help us measure and improve our cognitive therapies the same we can with pharmaceutical treatments. As Dr. Sandra Bond Chapman, founder of the Center for BrainHealth, put it, “Identifying what changes are happening in the brain when interventions successfully reduce depressive symptoms could allow us to create more effective, pharmaceutical-free approaches to help alleviate depression.” And on that front, too, things are looking up. 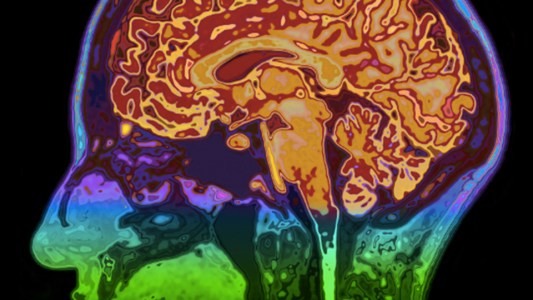 Mental Health
The eternal sunshine of the stressed out mind
By Daniel Bier
Subscribe to Freethink for more great stories
Subscription Center
Sections
Video
Freethink
Subscribe
We focus on solutions: the smartest people, the biggest ideas, and the most ground breaking technology shaping our future.
Subscribe