A new robot created at Purdue University could save the brain from bleeding after a stroke.

A brain hemorrhage, or burst blood vessel in the brain, is a particularly deadly kind of stroke, and it requires rapid treatment to remove the blood and relieve pressure on the brain.

The magnetically-controlled robot was able to successfully clear blood from the brains of pigs (a close model for human beings) after a severe hemorrhage. It raised the survival rate from 0% in the control group to 86% for pigs treated with the machine.

“This innovation is a real advance in the care of strokes, which are notoriously difficult to treat,” Hugh Lee said.

A brain hemorrhage, or burst blood vessel in the brain, is a particularly deadly kind of stroke, and it requires rapid treatment to remove the blood and relieve pressure on the brain.

Blood on the brain: “Brain hemorrhage is one of the most common and lethal forms of stroke, affecting more than 2 million patients annually worldwide,” Lee and colleagues wrote in their study, published in Nature Communications.

Of those patients, 45% suffer bleeding into cavities (called ventricles) in the brain where cerebrospinal fluid is made — a condition called intraventricular hemorrhage (IVH).

The standard treatment for IVH is to remove the pooling, clotted blood to relieve pressure on the brain, get cerebrospinal fluid moving again, and limit how much the ventricles are exposed to blood, preventing further brain damage.

But the use of blood thinners is a controversial one, the authors wrote, due to the increased chance of more bleeding.

“The only other option is blood clot-dissolving drugs that have undesirable risks.”

Magnetic microbot: Hugh Lee’s proposed solution, designed with Purdue’s Qi Yang, is a robotic catheter that can remove blood and fluid from the brain without becoming clogged, and the microbot inside it can batter through blood clots to keep the drainage going.

Inside the catheter, a tiny disc powered by a magnetic field can be sent pinwheeling and flopping around inside of it — breaking up clotted blood and booting it out of the brain like a bouncer at closing time.

Because the device is controlled remotely by applying magnetic fields, there is no need for an implanted power source or complicated circuitry, Hugh Lee said.

“As you change the direction of the magnetic field, the microdevice moves like a compass needle with a magnet nearby. They can be part of an implantable shunt system or a part of extraventricular drainage systems.”

To test their device, the team used pig models of IVH. Over the course of six weeks, the self-clearing catheters showed a vastly superior survival rate than traditional catheters, with pigs receiving the device having an 86% survival rate compared to zero survival in the control group.

While promising, the result is not clinic-ready, and the next step is FDA approval to begin human clinical trials. 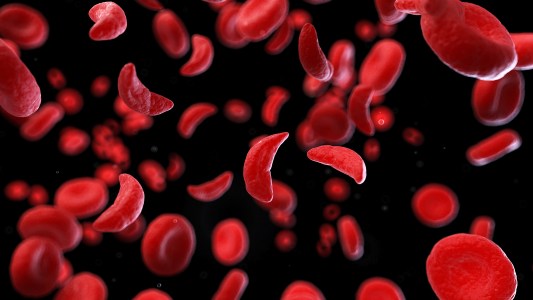