A new study has found that an intensive form of mindfulness meditation appears to be as effective as the commonly prescribed drug escitalopram (Lexapro) for treating adults with anxiety disorders.

Both groups saw around a 30% reduction in the severity of anxiety symptoms over eight weeks.

“It does suggest that both treatments are helpful, and about equally so,” Michael Mrazek, the director of research at the University of California’s Center for Mindfulness & Human Potential, told NPR.

It’s estimated that nearly 4% of the world’s population — 284 million people in 2017 — have some form of anxiety disorder, making it the single most prevalent mental health disorder.

What is mindfulness-based stress reduction? MBSR was developed over 40 years ago, according to NPR, to help people focus on their breathing and body — and, in turn, the present moment.

This present-first focus may be the key to its anxiety reduction, Georgetown’s Elizabeth Hoge, the study’s first author and director of the Anxiety Disorders Research Program, told NPR. Rather than see a possible bad outcome as inevitable or requiring urgent action to avoid, mindfulness can help people recognize it as simply a thought arising in the present, reducing distress.

Mindfulness routines like MBSR were already thought to be capable of reducing anxiety but had yet to be studied in comparison to anxiety-reducing drugs.

The study: For their study, the researchers recruited 276 patients from hospitals in Boston, New York City, and Washington, DC; the majority were women, who have higher rates of anxiety.

The subjects were randomly assigned to an intense course of MBSR or a typical starting dose of escitalopram for an 8-week period; 208 patients completed the trial.

The MBSR treatment included 45-minute daily at-home exercises, a 2.5-hour MBSR class once a week, and one day-long retreat class between weeks 5 and 6. Those in the drug group received a daily flexible dose of Lexapro between 10-20 mg.

While both groups had around a 30% reduction in their anxiety scores, the mindfulness group was able to do so without the side effects that drugs like Lexapro can cause.

Participants’ anxiety levels were measured by an interviewer using the Clinical Global Impression of Severity scale, first as a baseline before treatment, then again at 8, 12, and 24 weeks. To avoid bias, the interviewer who assessed the patients’ symptoms was blinded, meaning they didn’t know what treatment each patient was receiving.

While both groups had around a 30% reduction in their anxiety scores, the MBSR group was able to do so without the side effects that drugs like Lexapro can cause.

At least one study-related adverse event — like insomnia/sleep disturbance, nausea, or headache — occurred in 78.6% of the drug group, compared to 15.4% in the MBSR arm.

Hoge told NPR the intent of the study was not to push mindfulness as a replacement for medicine but to build evidence for it as a new treatment option.

“Our study provides evidence for clinicians, insurers and health care systems to recommend, include and provide reimbursement for mindfulness-based stress reduction as an effective treatment for anxiety disorders because mindfulness meditation currently is reimbursed by very few providers,” Hoge said in a statement.

Advantages and caveats: Mindfulness meditation’s main advantages are that it does not require a clinical degree to train mindfulness instructors, and it can be performed outside of a medical setting, like a school or community center, Hoge said.

There are, however, real caveats as far as MBSR is concerned: the time commitment is intense, and performing it properly requires real effort and instruction.

While both groups had around a 75% completion rate through the 8-week study period, those in the drug arm were more likely to continue treatment through 24 weeks, with 52% continuing to take their dose compared to 28% maintaining their mindfulness practice — a perhaps unsurprising result considering the comparative ease of a daily pill.

“It is important to note that although mindfulness meditation works, not everyone is willing to invest the time and effort to successfully complete all of the necessary sessions and do regular home practice, which enhances the effect,” Hoge said in the statement.

She did suggest that virtual sessions via videoconference are “likely to be effective” as long as Q-and-A and group discussions are included, but researchers do not know that for sure — the mindfulness classes in this study were conducted in person. Future studies would be needed to evaluate the efficacy of remote mindfulness courses.

Correction: An earlier version of this piece misstated the number of people with an anxiety disorder as being nearly 3 million people worldwide. The global prevalence in 2017 was actually about 284 million people, according to Our World In Data. 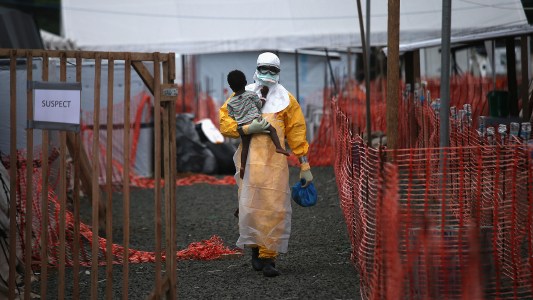