King’s College London researchers are turning to the same technology behind the COVID-19 vaccines to develop the first damage-reversing heart attack cure.

Originally using virus vectors, similar to the Oxford vaccine, they have delivered RNA to damaged pig hearts, sparking the growth of new cardiac muscle cells after a heart attack.

Now, inspired by the success of the Pfizer and Moderna vaccines, they are moving on to the lipid nanoparticles used by their COVID-19 vaccines, delivering their treatment to the heart more safely and effectively.

“We are using exactly the same technology as the Pfizer and Moderna vaccines to inject micro RNAs to the heart, reaching surviving heart cells and pushing their proliferation,” lead researcher Mauro Giacca told The Times of London.

“The new cells would replace the dead ones and instead of forming a scar, the patient has new muscle tissue.”

Researchers are turning to the same technology behind Pfizer and Moderna’s vaccines to develop the first damage-reversing heart attack cure.

Broken hearts: Diseases of the heart are the leading cause of death around the world; the WHO estimates that 17.9 million people died from cardiovascular disease in 2019, representing almost a third of all deaths. Of those, 85% are ultimately killed by heart attacks and strokes.

Heart attacks occur when blood flow to parts of the heart is blocked, often due to fat or cholesterol build up. The cardiac muscle cells — marvelous little powerhouses that keep you beating throughout your entire life — are starved of oxygen and can be damaged or killed.

Left in their wake is not the smoothly pumping cardiac muscle, but instead scar tissue. The scarring degrades cardiac function and raises the risk of heart failure.

“We are all born with a set number of muscle cells in our heart and they are exactly the same ones we will die with. The heart has no capacity to repair itself after a heart attack,” Giacca told The Times.

At least, until now.

Kickstart my heart (cell regeneration): To develop their heart attack cure, the researchers turned to RNA, which delivers instructions for protein creation within cells.

Whereas the Pfizer and Moderna vaccines instruct cells to make the spike protein of SARS-CoV-2, priming the immune system against the virus, the same technology can deliver a potential heart attack cure by stimulating the growth of new heart cells.

Unlike the vaccines, which use messenger RNA (mRNA) to code for a particular protein, this treatment uses microRNA, which helps to regulate gene expression in cells. Through a complex cascade of dominos inside the cell, this can trigger heart cells to grow and regenerate the way they can early in life.

In an experiment with pigs (a close match for the human heart), the RNA treatment stimulated new heart cells to grow after a heart attack — regenerating the damaged tissues and creating new, functional muscle rather than a scar. An earlier experiment in mice and rats showed similar heart regeneration.

Their latest innovation is using the same technology in the Pfizer and Moderna vaccines to more effectively deliver the microRNA to the heart cells, while minimizing the safety risks of traditional gene therapies that use reprogrammed viruses.

Using RNA as a therapeutic is also being explored to create vaccines for pathogens like HIV, Ebola, and malaria, as well as treating or preventing cancers and autoimmune and genetic diseases.

The researchers used microRNA to spark the growth of new heart muscle cells.

While thus far their heart attack cure has only been successfully tested in rodent and porcine pumpers, the team hopes to begin human clinical trials within two years.

“Regenerating a damaged human heart has been a dream until a few years ago,” Giacca said, “but can now become a reality.”

Editor’s note: This story has been revised to include links to relevant research papers, as well as differentiating between mRNA and microRNA. The previous use of viral vectors and lipid nanoparticles to deliver the treatment has also been elaborated. 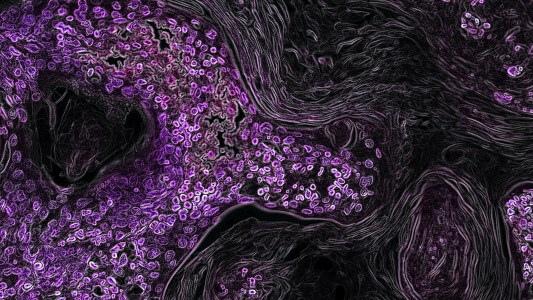 Medicine
Researchers want to fight cancer — by mutating it even more
Subscribe to Freethink for more great stories
Subscription Center
Sections
Video
Freethink
Subscribe
We focus on solutions: the smartest people, the biggest ideas, and the most ground breaking technology shaping our future.
Subscribe