A new therapy that uses a mother’s healthy mitochondria to treat her child’s rare genetic disorder has been tested in patients for the first time — and the results offer reason for hope.

The challenge: Every cell in your body contains hundreds to thousands of tiny structures called mitochondria. These structures generate most of the energy our cells need to function, and this energy is stored in molecules called adenosine triphosphates (ATPs).

While most of the DNA in your body is housed in the nucleus of your cells, mitochondria contain their own DNA, and unlike nuclear DNA, which we inherit from both parents, we inherit this mitochondrial DNA (mtDNA) from only our mothers.

While mtDNA contains just 37 genes (compared to nuclear DNA’s 20,000+ genes), the importance of mitochondria to cellular function means mutations in mtDNA can cause serious health problems throughout the body.

Based on existing research, the Minovia scientists knew that isolated mitochondria are able to enter nearby cells. That gave them the idea to introduce healthy mitochondria, extracted from a donor, into stem cells taken from the bone marrow of a patient with an mtDNA disorder.

The hope was that the mother’s healthy mitochondria would slip into her child’s stem cells.

The program: In December 2022, Minovia announced that it has used MAT to treat six pediatric patients with non-inherited mitochondrial disorders through a compassionate use program, which gave them access to experimental therapies not yet approved by the FDA.

Four of the children had Pearson syndrome, which is often fatal in infancy and can cause weakness, fatigue, diabetes, and failure to thrive. The other two had Kearns-Sayre syndrome, which is linked to weakness, heart problems, impaired cognition, and other serious issues.

The patients showed others signs of improvement, too. A girl who couldn’t sit up initially was able to stand just a few weeks after the treatment. A boy went from being unable to walk at all prior to treatment to walking a distance of 10 meters a year after it.

“These are very soft measures that are hard to report, but we did see major improvements to the quality of life in almost all of these children,” Elad Jacoby, a pediatric hematologist who led the study, told STAT.

Looking ahead: None of the children involved in the compassionate use study experienced serious adverse effects due to the treatment, suggesting that MAT is safe — but it’s too soon to say just how effective it might be.

To determine that, the team will need larger trials with control groups. Enrolling younger patients whose disease is less advanced could also be beneficial for determining the therapy’s true efficacy, according to the researchers’ paper.

Even then, determining efficacy will be tricky given that these diseases are rare, and our understanding of how symptoms progress is limited.

Still, the apparent impact of the treatment on the children in the small program is encouraging, and if MAT can prove itself in future trials — which are already in the works — it could be life-changing for people living with these rare-but-serious disorders. 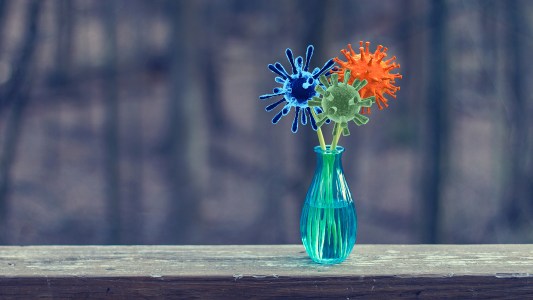