Salvatore Viscomi always wanted to be involved in a science fiction project — and he found one.

Viscomi is the chief medical officer of GoodCell, a Massachusetts-based startup where people can bank their own white blood cells with a simple blood draw. Labs can then tweak those cells to become what are called induced pluripotent stem cells (iPSCs).

Already sounds like the premise of a novella, right? Well those iPSCs are where things get really fantastical: those cells can become any type of cell in the human body.

“There lies in the therapy,” Viscomi, who initially was involved in GoodCell as an investor and advisor before becoming CMO, tells Freethink.

Specific white blood cells can be turned into induced pluripotent stem cells (iPSCs) — cells which can become any type of cell in the body.

The new stem cells could be made into pancreatic cells to treat diabetes, blood cells to replace those ravaged by leukemia, or neurons to treat brain disorders, according to UCLA’s Broad Stem Cell Research Center.

While the white blood cells that can become iPSCs — called peripheral blood mononuclear cells, or PBMCs — can come from donors or the patient’s own bone marrow, both have drawbacks.

Donor cells, like any transplant, may require immunosuppression to prevent rejection, which can leave recipients vulnerable to infections. (A particularly acute issue now, with the invisible war with pathogens going hot all around us.)

And extracting cells from the bone marrow involves anesthesia and long needles — nothing near as simple as a blood draw.

“Now, we don’t have to make that difficult decision,” Viscomi says.

Finding your potential: Human iPSCs were first created in Japan in 2007. Kyoto University researcher Shinya Yamanaka received a Nobel Prize for his work with University of Cambridge’s John B. Gurdon, which discovered how to turn adult cells back into stem cells.

According to a recent article by Yamanaka, as of September 2020, clinical trials of iPSC therapies are currently in the works for Parkinson’s, heart failure, spinal cord injury, macular degeneration — a very common vision disorder in those over 50 — and cancer immunotherapy, among sundry others.

There are, however, challenges to be overcome before iPSCs can find their way to patients.

There is the potential that the stem cells will proliferate beyond what we want them to, leading to tumors. The body may reject even its own stem cells, with conflicting experiments in mice finding possible evidence of rejection, possibly due to abnormal expression of genes in the new cells.

There’s another challenge as well: the ability to crank out enough iPSCs needed for therapies to be practical.

Despite all of that, however, pluripotent stem cells like  iPSCs “provide unprecedented opportunities for cell therapies against intractable diseases and injuries,” Yamanaka wrote.

Banking on yourself: Banking your cells ahead of time can help ensure the cells are as young and healthy as possible, as they do deteriorate with age, Viscomi says.

To bank your own cells, GoodCell requires a 40cc blood draw, the minimum amount required for producing enough iPSCs. Customers receive a draw kit from GoodCell, which they can take to a lab — their current partner is Quest — or have a phlebotomist do it at home.

That sample is sent to GoodCells laboratory, where the white blood cells that can become iPSCs are isolated, extracted, and slowly frozen (to avoid damaging them).

“They’re stored at really super cold temperatures,” Viscomi says. “It’s a slow freezing process, really kind of a proprietary way of storing them in the best way we know today in terms of keeping them viable.”

If members request it, the company can also run genetic tests for heritable conditions on the material in the sample, which they will test for actionable conditions only, Viscomi says. Tests for non-heritable genetic changes are currently being developed.

Because of the potentially sensitive nature of the samples, all uses of the patient’s data must be opted in to, Viscomi says, while the stem cells banks themselves are hardened, bunkers outfitted with cameras, backup power supplies, and designed to resist natural disasters. The privacy systems were tested across a two year beta period.

Food
Bacteria breakthrough could create brand new cheese flavors
A new set of experiments has shown for the first time how the unique flavors of different cheeses can be linked to specific types of bacteria. 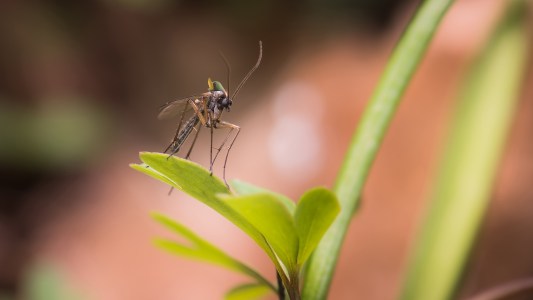 Public Health
A “Peter Pan” chemical could stop mosquitoes, without hurting other insects
Subscribe to Freethink for more great stories
Subscription Center
Sections
Video
Freethink
Subscribe
We focus on solutions: the smartest people, the biggest ideas, and the most ground breaking technology shaping our future.
Subscribe